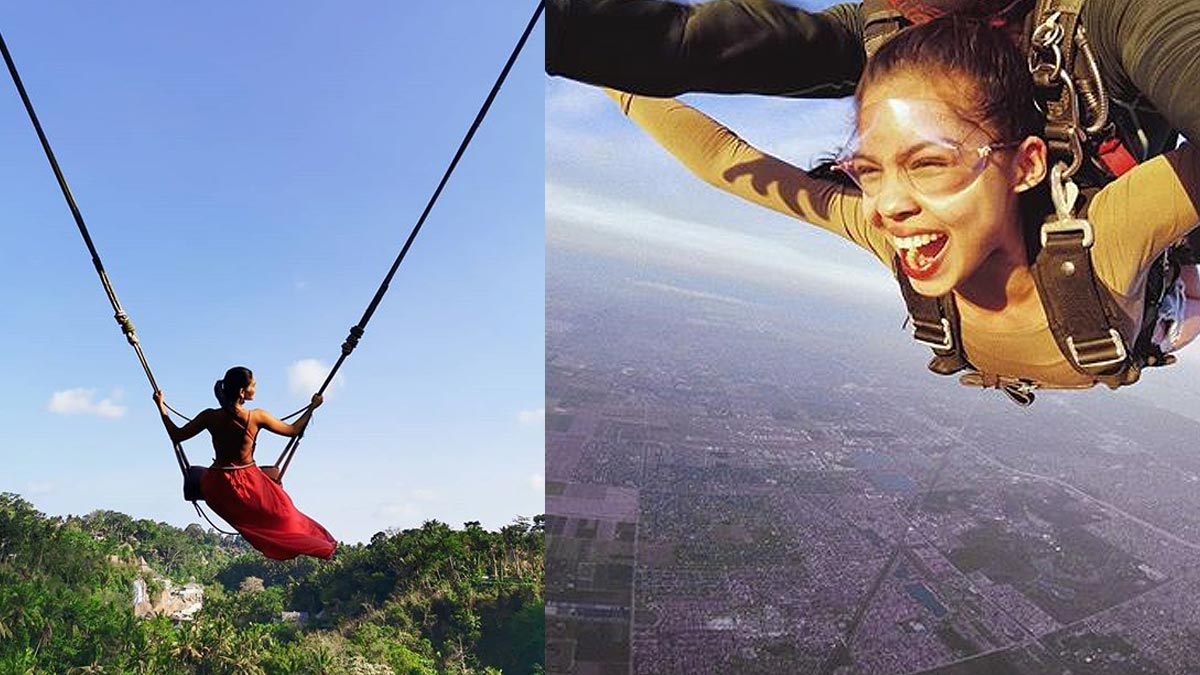 Planning a trip abroad this year?

Next to your destination, a well-planned itinerary can make your trip even more worthwhile.

If you're looking for thrilling activities to add to your itinerary, be inspired by the travels of Pia Wurtzbach, Maine Mendoza, Liza Soberano, and Nadine Lustre.

They are among the Top 10 most-traveled Filipino celebrities, according to the Philippine Travel Agencies Association (PTAA).

Says PTAA President Ritchie Tuaño, "Anyone can take a picture of their travels and just post it online, but these stars really draw in their followers by sharing their candid moments during their journeys.

"You know that they don't just go to a place to have their pictures taken. They enjoy each and every place wholeheartedly," says PTAA President Ritchie Tuaño.

The travel expo, meanwhile, will be held on February 7 to 9, 2020 at the same convention center.

Here are some thrilling activities you can add to your next trip, according to some of these celebrities:

RIDE THE BALI SWING IN INDONESIA

Indonesia has been the go-to spot of many travelers since pictures of its huge bird's nests overlooking lush green landscapes went viral.

You can get the same view but with greater thrill on the huge saddle swings in the parks of Bali.

These swings hang 10 to 60 meters above the ground and give you a breathtaking view of the Tegallalang Rice Terraces and Bali jungle.

Pia Wurtzbach says a trip to Bali wouldn't be complete without riding the Bali swings.

For Maine Mendoza, skydiving in Miami in Florida, USA might have been a nerve-wracking experience, but she was happy she took the leap.

She recounts, "There is nothing more nerve-racking than the anticipation, from signing the waiver to the plane ride up and when they opened that motherfriggin door mid-flight, jusko ang puso ko!

"But when we jumped off, I felt nothing but absolute bliss.

"For the most part, it felt unreal to me. It was breathtaking– literally, too. It was amazing."

Reservation for a skydiving session is done at the Miami Skydiving Center website.

It comes with a four to eight-hour class to gear you up before the jump.

Here's photo of her taken at the Phi Phi Islands, a group of islands in Phuket, Thailand, best known for white-sand beach resorts.

Ko Phi Phi, the second largest island in the group, was used as a location for the 2000 film The Beach starring Hollywood actor Leonardo DiCaprio.

If you're looking for a place to unplug and unwind, Liza Soberano has found the ideal spot at the Sequoia & Kings National Park in California, USA.

It's the perfect site for nature-loving families and campers filled with mountains, foothills, canyons, caverns, and the world's largest trees, according to the Park's website.

It is also home to different kinds of wildlife such as mule deers, black bears, bats, and mountain lions.