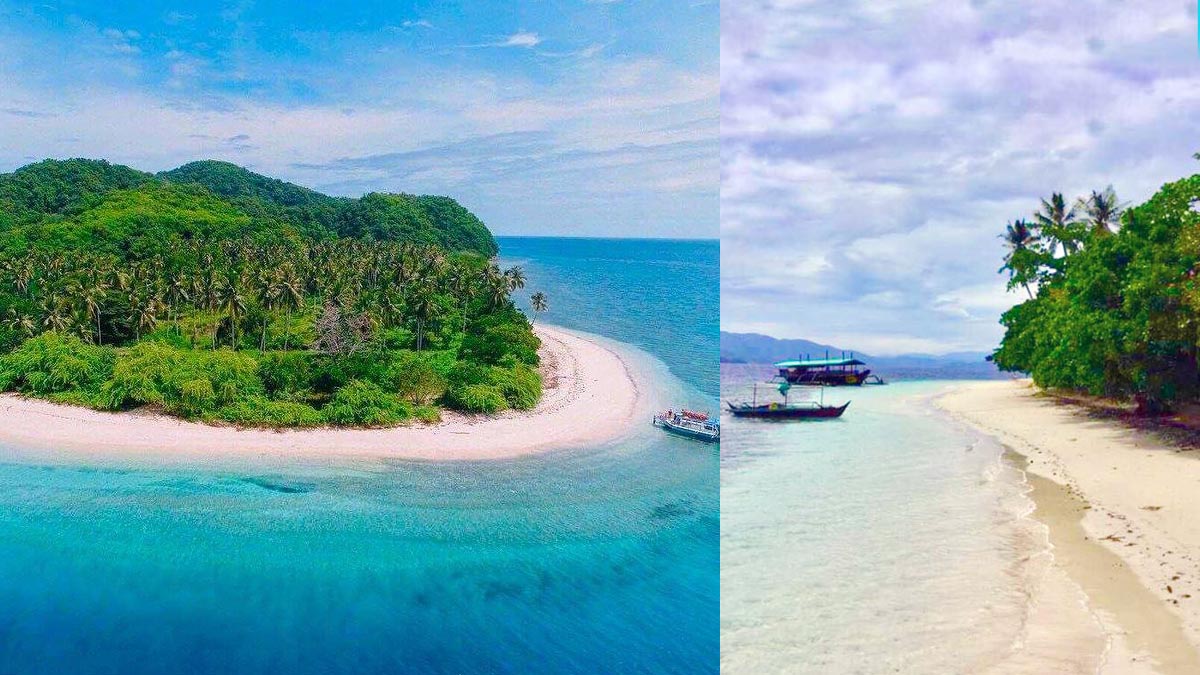 Surrounded by pristine white-sand beaches and home to rich coral systems, the Pujada, Mayo, and Balete bays in Davao Oriental are worth adding to your list of must-visit places in the south.
PHOTO/S: Pujada Island on Facebook

This was announced by the Davao Oriental local government unit (LGU) on its website and Facebook Page on February 20, 2020.

According to a report by the Philippine News Agency, the Davao Oriental team submitted their application to have Pujada Bay included in the club "during the MBBWA congress in Japan last October."

On February 20, Governor Nelson Dayanghirang and Mati City Mayor Michelle Rabat received a letter from MBBWA confirming the inclusion of Pujada, Mayo, and Balete bays in the list of most beautiful bays in the world.

"I am pleased to inform you that the Board of Directors has voted in favor of accepting Pujada Bay, but also Mayo and Balete Bays together as a new member of the Most Beautiful Bays in the World Association. Congratulations and welcome," MBBWA World President Michel Bujold said in the letter.

Governor Dayanghirang expressed his gratitude on the province's website: "One of the reasons we applied Pujada Bay to the Most Beautiful Bays in the World Club is to share its magnificent assets to the people of the world who would like to experience the natural and cultural richness of our place.

"The people of Davao Oriental are very proud of Pujada Bay and consider it a jewel of the province.

"It is, therefore, a top priority in terms of maintenance and enhancement of its natural beauty because this is a God-given gift that is meant to be shared and enjoyed, not only today but more so in the coming years and the generations to come,"

Aside from the Philippines, 26 countries are members of the MBBW club.

Pujada, Mayo, and Balete bays are all located in Mati, the capital city of Davao Oriental.

The bays have a rich coral reef system consisting of 25 types of corals, making the area a perfect recreational spot for diving enthusiasts.

Travelers call the area a "beautiful paradise" as the surrounding virgin white-sand beaches are clean and uncrowded.

Some popular tourist destinations in and around the bays are Pujada Island, Dahican Beach in the Guanguan Peninsula, and Sleeping Dinosaur Island.

To get to Mati City, you must first take a plane or boat ride going to Davao City.

From there, you can travel to Mati via private car for two and a half hours, public van for three hours, or public bus for five hours.