Celebrity couples who love traveling the world together 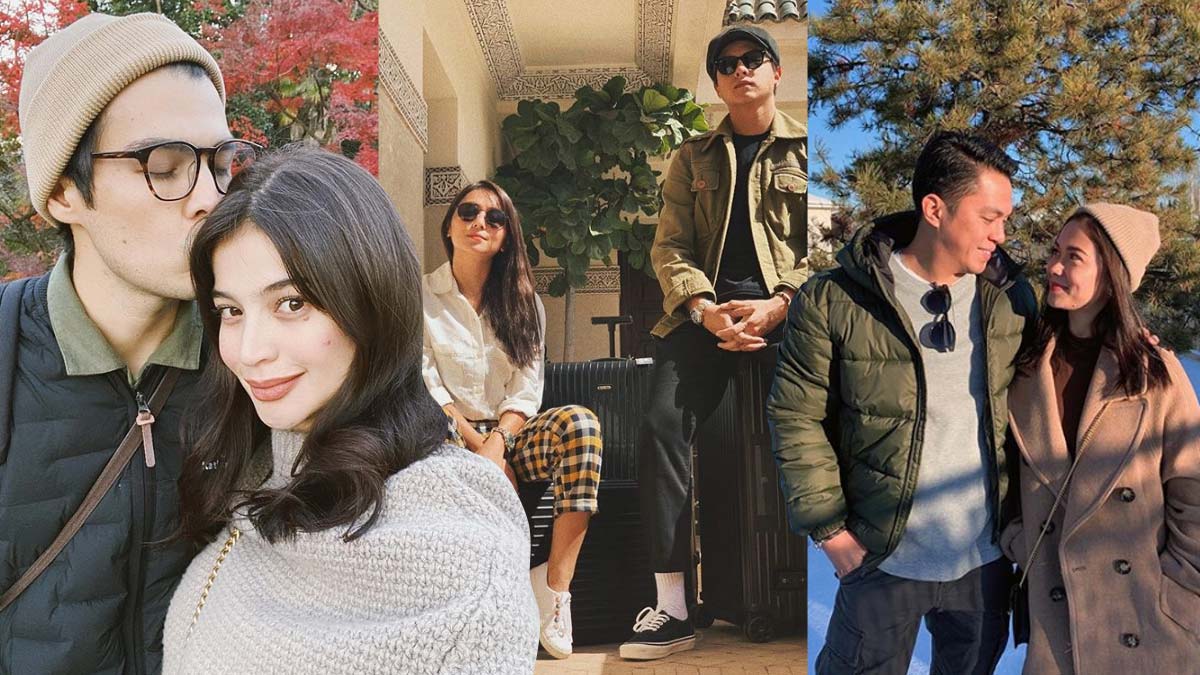 (L-R) Erwan Heussaff and Anne Curtis, Kathryn Bernardo and Daniel Padilla, and Rambo Nunez Ortega and Maja Salvador are among the celebrity couples who love traveling together.
PHOTO/S: @annecurtissmith / @bernardokath / @iammajasalvador on Instagram

For these celebrity couples, the world is always best explored with each other.

Whether for work or leisure, whether for local or international destinations, and whether officially married or committed sweethearts—they have each other as their designated travel buddies.

Travel plays a big part in their relationship.

For starters, Anne and Erwan met while the ABS-CBN actress was on a European trip in 2009.

Erwan happened to be part of this trip.

When they were boyfriend and girlfriend, Anne and Erwan mostly traveled to attend music festivals abroad.

Later, they would explore the outdoors together and found themselves falling in love with nature.

Years into their relationship, the outdoors would become the setting of one of Anne and Erwan's major relationship milestones.

Erwan asked for Anne's hand in marriage while they were on a hiking trail in Connecticut, U.S.A.

Then they tied the knot in a picturesque ceremony in Queenstown, New Zealand.

In that year alone, the couple went to the following places: the United States, Indonesia, Switzerland, Italy, South Korea, Mexico, Cuba, and Canada.

Maja and Rambo welcomed the new year in snowy Japan.

Kim and Xian have been known to fly to other corners of the world to spend the Christmas holidays together.

For their holidays, they seem to like snowy places like Austria, Switzerland, Czech Republic, Finland, Sweden, and Denmark.

Maine and Arjo may have kept their relationship away from social media, but fans have been keeping tabs on their travels.

So far, the Kapamilya-Kapuso couple has been to these places together: the United States, Indonesia, Singapore, Taiwan, and Japan.

Kathryn and Daniel are able to mix work with the pleasure of travel, which is how they got to explore the prefecture of Hokkaido, Japan, at the start of 2019.

Work also brought them to Rome and Dubai.

Kathryn and Daniel then travelled to Morocco and, in late September, the couple finally got to revisit Iceland for leisure.

They first went to Iceland for a magazine photo shoot.

During a layover on their way back to Manila, Kathryn and Daniel squeezed in a few hours in Paris, France.

Traveling is almost second nature to Megan and Mikael.

The couple "jumped from a mountainous province in Vietnam to a cozy cafe in Thailand to an amazing anime convention in Japan" all within 100 hours during the holidays.

Consider, too, their itinerary for the month of April in 2019.

Megan and Mikael kicked off their adventures in Osaka, Japan.

Then they flew to Seoul, South Korea, to attend a fan event.

A few days later, the couple headed off to Iceland, in what would be the highlight of their month.

For Judy Ann and Ryan, travel is their way of spending quality time together without the kids.

This couple likes to travel with friends, with a tour group, or on their own.

Their last trip on their own was in 2018 when they also learned about Italian cuisine in Italy.

Another couple that travels together to unwind is Lucy and Richard.

Their most recent adventure was traveling with a group of friends to Greenland in September 2019.

Lucy recalls this trip as a "beautiful, dreamy escape."

Aubrey and Troy mostly travel with their kids in tow nowadays, but they still squeeze in a vacation for two whenever they can.

Remember their steamy getaway to The Farm at San Benito in 2018?

For Jennylyn and Dennis, traveling allows them to get out of their comfort zones and see each other in "a truer, though sometimes harsher, light."

Overseas, they have visited South Korea, France, Dubai, Cambodia, and Amsterdam together.

The Kapuso couple also loves to go to the beach together.

Coleen and Billy say traveling is one of the reasons why they have become "a strong couple."

Traveling has helped them understand each other's quirks.

Coleen tells PEP.ph (Philippine Entertainment Portal) in an interview in 2016: "We know every single thing about each other.

"Like, we know the other person doesn't want to do this and we know that this person, you know, can't stand this, even the way we pack, the way we handle ourselves, the way we take care of ourselves when we're not in our comfort zones."

The couple has been to places like the United States, Hong Kong, Maldives, South Africa, Dubai, Indonesia, and France.

This is a globetrotting pair.

But Jericho has become Kim's date for Fashion Week in Milan, Paris, and New York, USA.

Traveling doubles as a learning experience for Maxene and Rob.

"Travel makes us go deep into life. That's really what travel does to us. That's why we love to do it!" Maxene tells PEP.ph in a July 2019 interview.

The husband and wife travel to immerse themselves in a different culture and to interact with people from different walks of life.

Together, they have enjoyed France, Portugal, Hong Kong, Singapore, Thailand, Indonesia, and the States.

But their go-to destination is Japan.