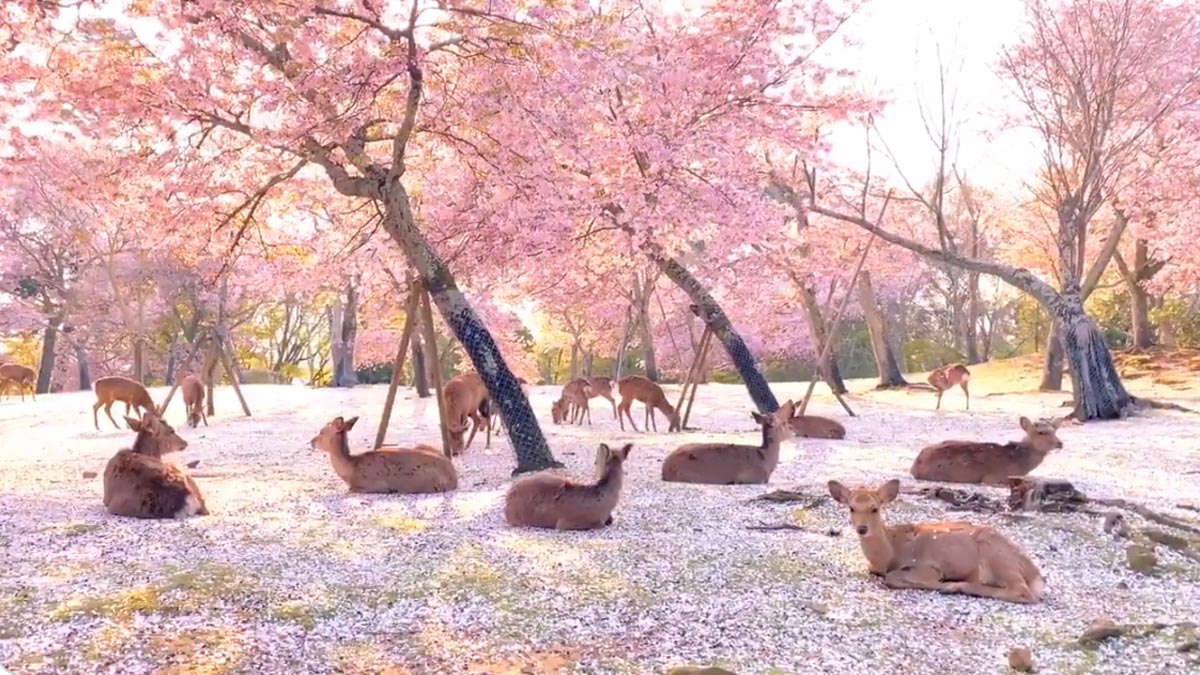 Japanese photographer Kazuki Ikeda has been sending positive vibes to Sakura lovers throughout the world with his lovely video of Nara Park amid the COVID-19 crisis.
PHOTO/S: Screenshot from @KikiPhotoWorks on Twitter

After all, there is a worldwide travel ban because of the COVID-19 pandemic.

Luckily, Japanese photographer Kazuki Ikeda has been giving sakura lovers their longed-for view right in the comfort of their own home.

Kazuki took a video footage of Nara Park during a pre-wedding shoot for clients in early April.

Although the couple was the main focus of the shots, netizens were fascinated by the herd of Sika deer relaxing underneath the sakura branches.

Kazuki uploaded the video on his social media accounts on April 8, 2020.

One month later, the clamor for Kazuki's video has yet to die down.

Based on his Facebook post of May 19, he "received many requests to see [the video] on a large-screen TV," so he also uploaded it on YouTube.

NARA PARK AND ITS PLAYFUL DEER

Located in Nara City, Japan, Nara Park is a famous tourist spot with more than a thousand Sika deer roaming around the cultural and ecocentric area.

These deer are known to be friendly and playful with tourists, especially if you feed them with crackers that you can also buy inside the park.

But with COVID-19, the number of tourists visiting Nara Park has been declining since early March.

Without the tourists to feed them, some deer have begun leaving the park and roaming the city in search of food.

Now that people are slowly returning to their post-quarantine routine, the deer are also back in their home.

Aside from the tame deer and lovely seasonal cherry blossoms, Nara Park is known for its historical attractions, including Todaiji, Kasuga Taisha, Kofukuji, and the Nara National Museum.

Photographer Kazuki also took to social media to remind everyone of the value of keeping safe.

"I was surprised by the amazing number of likes and shares in one day, but I'm happier that Japan is okay with people from all over the world.

"Are you all right? Watch out for Corona!

"If you calm down, you will definitely go to Nara and take a picture of yourself.

He also tweeted on May 17, "Next year, I hope that under the cherry blossoms all over Japan will be filled with many smiles."