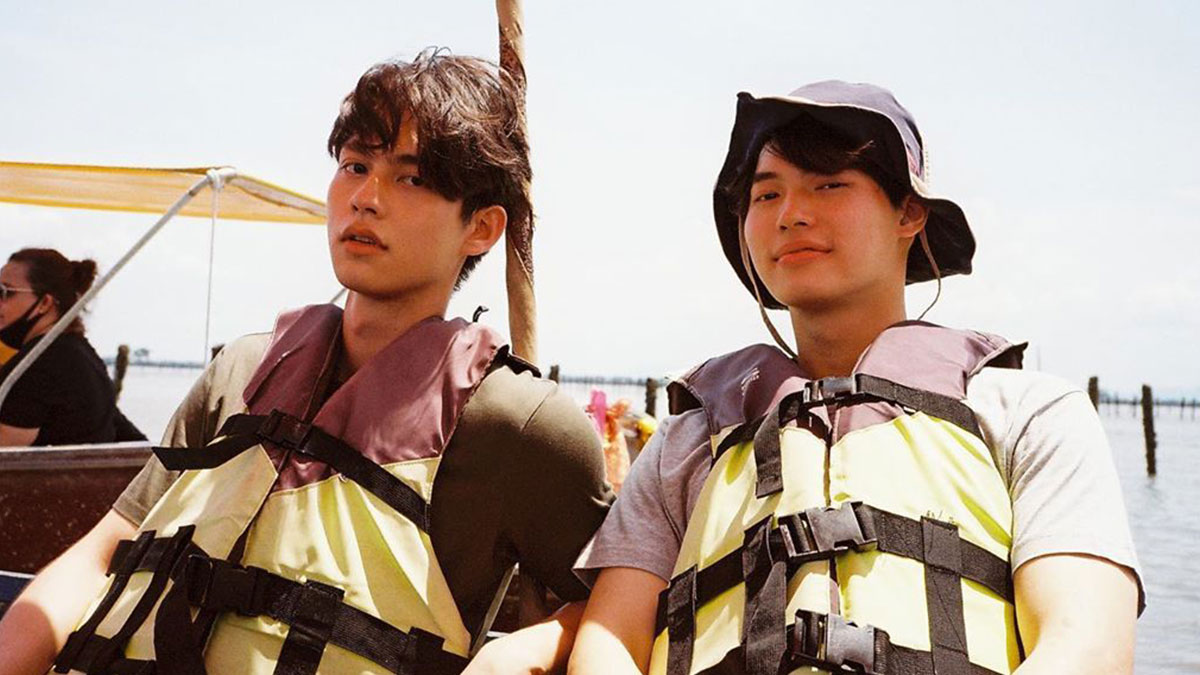 This was after 2gether the Series star Win Metawin Opas-iamkajorn mentioned in a Global Live Fan Meeting on V Live that he wanted to visit the popular destination in Albay, Bicol.

Win said, "I found this place, it’s called Mayon Volcano in The Philippines.

"It’s very beautiful. Like a painting. I want to go to Mayon Volcano because of the view, and the landscape is so beautiful.”

With that, Win and his on-screen partner Bright Vachirawit Chivaaree now have three tourist spots in the Philippines they want to visit.

The other two are the islands of Boracay and Cebu.

Win aired his wish to explore the island in an interview with PEP.ph (Philippine Entertainment Portal) during their BRIGHTWIN LIVE: The 2Gether PH Mediacon last Friday, June 26.

He said, "I saw one island, it's called Boracay. Yeah, because it has really clear waters."

Bright also has Boracay on his bucket list, but he also wants to go diving in Cebu.

Bright told PEP.ph, "I wanna go [to Boracay] too but for me, I have to see the island called Cebu because they have great diving spots.

"They have a beautiful reef. I wanna go diving there."

Members of the press got to know more about Bright and Win during the mediacon.

Asked if they've gotten closer with each other after the series finished airing in Thailand last May, Bright said, "We get closer every day because we see each other every day."

Another member of the press asked how they have been handling their fame.

Win said, "We only try to do our best in our jobs and we try to progress on our jobs."

Bright added, "We don't think about fame very much because we [are just] working."

Since becoming famous, both Bright and Win have been cautious about their social media postings.

Bright explained, "We are more careful about what we're posting now because we have many people watching at us, including children, too.

"That's why we have to think carefully before we post something."

In the meantime, Bright said he hopes to star in romantic comedy movie, such as the British flick About Time (2013).

Win, on the other hand, expressed wish to star in an action movie a la John Wick (2014).

As for Bright, "I wanna keep acting, too, if I have chance. And I want to be a successful singer."

As an afterthought during the digital mediacon, Bright and Win were asked had they tried the Filipino cuisine.

They could not think of any Filipino food and asked for suggestions.

On Twitter, fans are already planning to send Bright and Win some Adobo and Lechon.

Its five-episode sequel (Still) 2gether, which is coming out later this year, will be aired by the Kapamilya network.