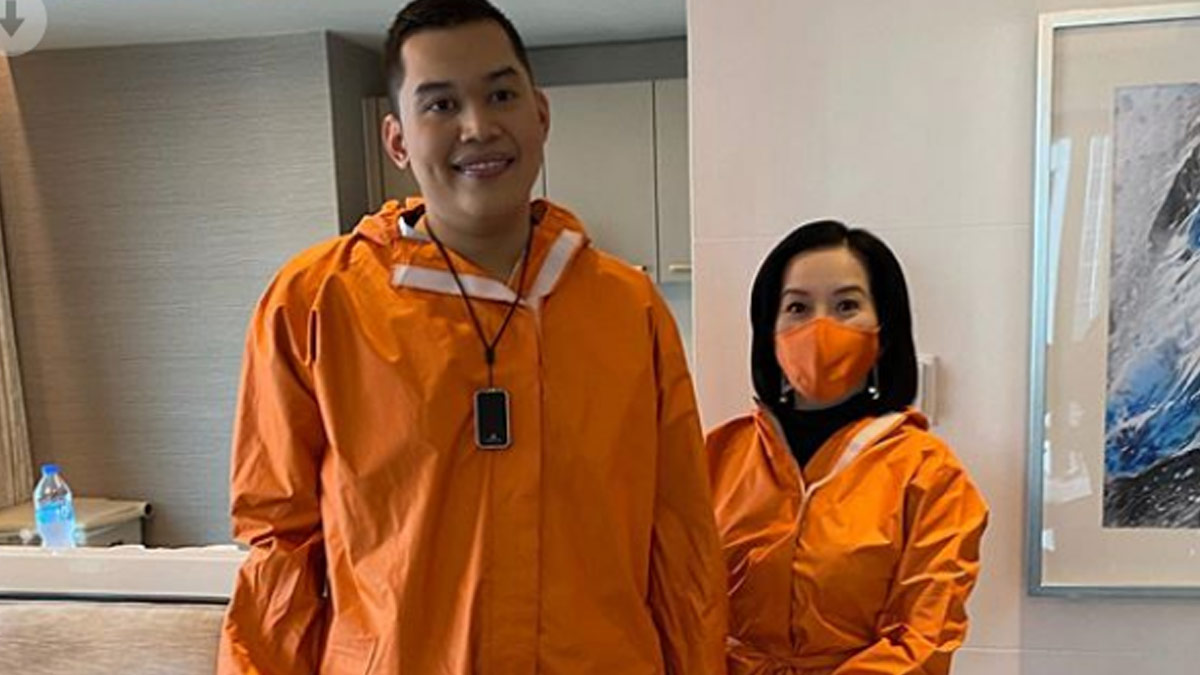 Mindful of the pandemic, Kris Aquino, with son Josh in photo, is not going anywhere farther than home during the holidays.
PHOTO/S: @krisaquino on Instagram

Breaking tradition, Kris Aquino is not taking her sons Josh and Bimby to a Christmas holiday away from home this year.

She told PEP.ph (Philippine Entertainment Portal) and other members of the press last Tuesday, October 20, "We have not made plans for Christmas because we are currently moving house."

The 49-year-old celebrity mom and her sons are currently staying at a serviced apartment in Bonifacio Global City in Taguig.

Kris, who was launched as Shopee's new endorser that day continued, "I’m trying my best to give myself privacy by not revealing where we’re moving, and I’m not doing a good job about that because I was not supposed to say we were moving."

The TV host and her family usually spend the holidays abroad, but the travel restrictions being implemented because of pandemic have also changed their plan this year.

She added, "I was so due in March to be in Singapore for my check-up and I hadn’t been able to go because there’s a 14-day quarantine for Philippines. They’re less strict with others.

"Actually, I wanted to go take the kids abroad. I’m being honest, we were thinking of going to the States, but their curve is much worse than ours so we’re staying put."

Kris noted that they might not even hold a family gathering on Christmas Day with their extended family members.

She explained, "Three of my siblings are seniors and I have pre-existing condition so they’re the ones who are so strict about us gathering.

"So we have been mostly Facetime-ing and messaging and it’s actually Josh who keeps in touch with everybody because he really calls everyone and messages everyone."

They have also been taking extra precautions since some members of their household had been infected by COVID-19.

She told the press, "Our Christmas is basically because, I was open about this, that four people in my household had COVID-19.

"And then at that time when it happened in August, I don’t know why but Bimb and I were spared.

"We’re all living in one house ah and Bimb has asthma and I have my auto-immune issues.

In an Instagram post last Saturday, November 7, Kris revealed that she had another COVID-19 scare in her household when one of her drivers tested positive. Kris, however, is grateful that she and her sons tested negative.