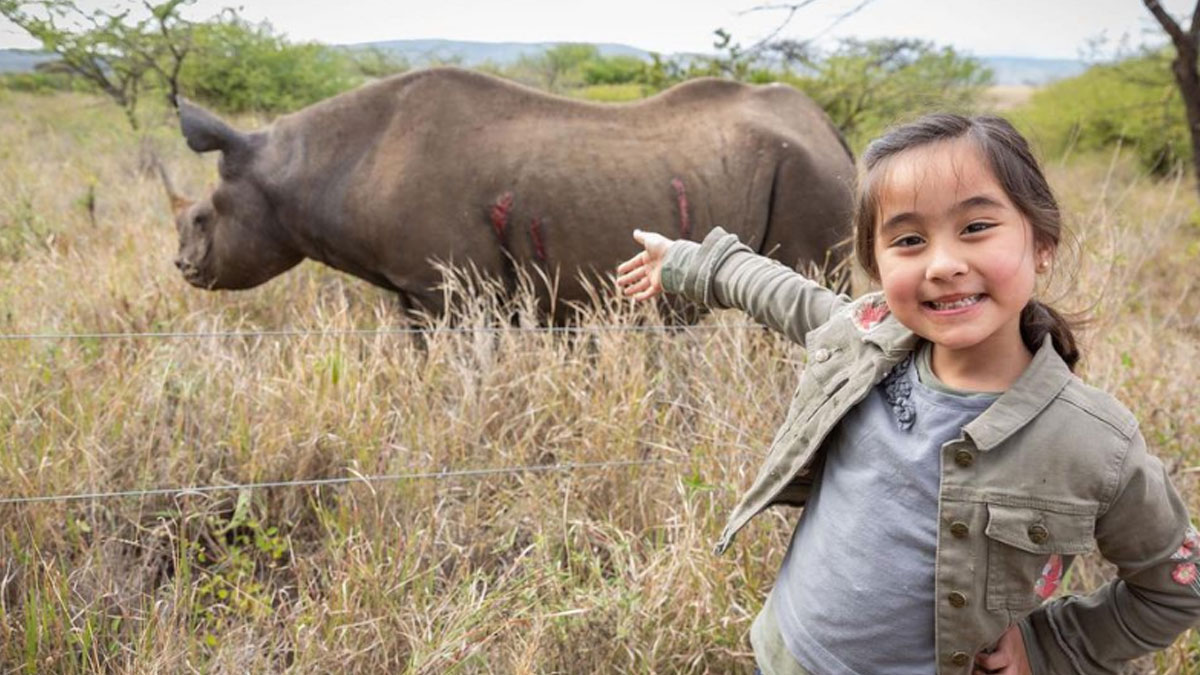 Scarlet Snow Belo and her parents Vicki Belo and Hayden Kho Jr. have adopted a baby rhinoceros in Kenya.
PHOTO/S: @scarletsnowbelo on Instagram

On Sunday, January 3, 2021, the five year-old daughter of celebrity beauty doctors Vicki Belo and Hayden Kho Jr. revealed on Instagram they are adopting a rhinoceros in Kenya.

Scarlet Snow was excited to share in her post it was she who named the baby rhinoceros Plasty.

Her caption read, "Guess what, peoples! We’re adoptIng a younger brother for me.

"Do you want to know who he is? He’s a baby rhinoceros!

"He’s a baby cousin of the 4yo rhino you see here. He needs our love and protection because poachers killed his parents to get their horns.

"So, Daddy and Mommy agreed that our family will adopt him. I get to name him and I’m thinking of calling him, 'Plasty the Belo Rhino.'"

Of course, they won't be bringing the rhino to the Philippines. But in adopting Plasty, the Belo family will be providing financial support to The Lewa Wildlife Conservancy for the protection of critically endangered species.

Scarlet Snow explained in her post, "The money will make sure he has veterinarians and rhino rangers from @lewa_wildlife who will make sure Plasty is safe and healthy. #NewEarthHeroes"

She also reminded, "There’s not many rhinos left on earth so they really need the protection of us kiddie rangers!"

In a separate post on Instagram on the same day, Scarlet Snow introduced her new friend Poppy.

She posted their photo together and wrote that the two of them have formed an animal protection club they are calling New Earth Heroes.

"I made a new friend here in Kenya. Her name is Poppy and she’s 6yo.

"She’s half-British and half-American but she was born here. We together are forming a junior conservation club to protect animals, but we don’t have a name yet. Help!

"*We have chosen a name– The New Earth Heroes!"

In another post, Scarlet Snow shared photos of giraffes, lions, hyenas, and all the other animals she has seen during the safari tour.

In a post early today, January 4, 2020, the young conservationist vowed to protect these animals.

She wrote, "Here are some of the animals I met that our New Earth Heroes club swear to protect. They’re all beautiful. The hyenas are my favorite. I think they’re the cutest of them all. #NewEarthHeroes"

Scarlet Snow is enjoying a safari trip in Kenya with her parents as part of their family holiday tradition.