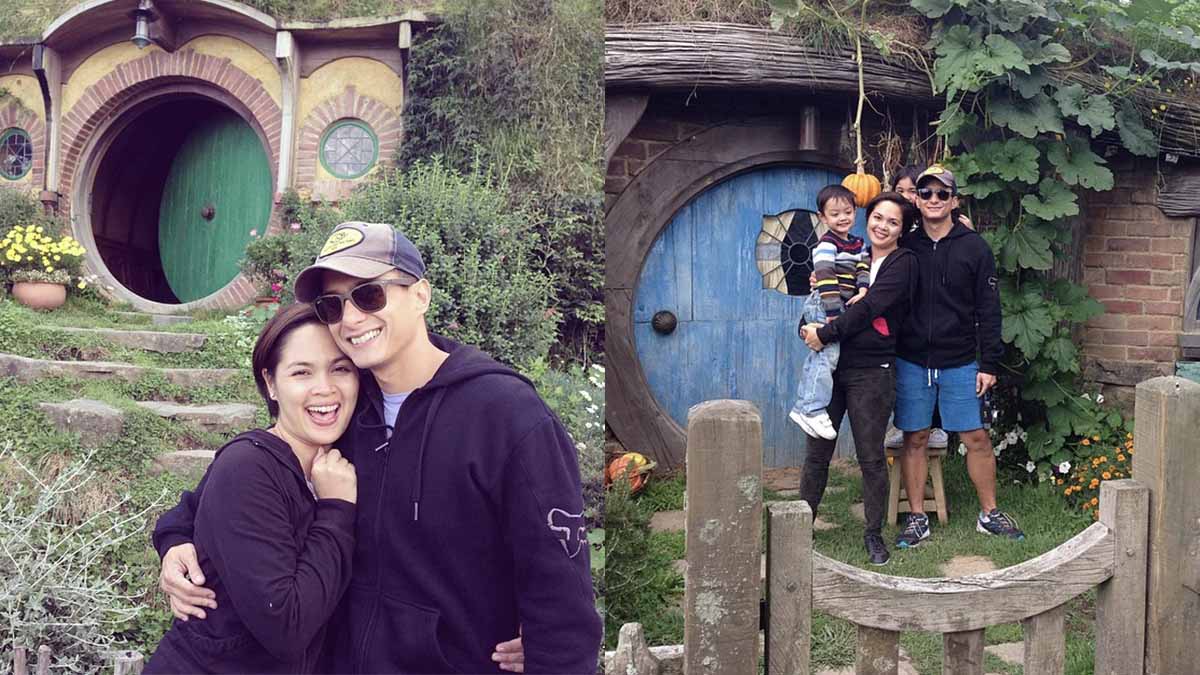 Judy Ann Santos, her husband Ryan Agoncillo, and their kids Lucho and Yohan (behind Ryan) on a trip to New Zealand. They visited the Hobbiton Movie Set, a significant location of The Lord of the Rings film trilogy and The Hobbit film trilogy, and now tourist attraction in Waikato, New Zealand.
PHOTO/S: @officialjuday on Instagram

If there's one place on earth Judy Ann Santos would love to visit over and over again, it would be New Zealand.

"And then, the kids, you can see them going up to the school. 'Tapos nakaapak silang uuwi sa kalsada.

Judy Ann and Ryan were so awed by what they've seen in New Zealand they started thinking it would be a good place for their retirement.

She said, "We could have... At some point, hindi imposibleng mag-migrate sa New Zealand in the future. Yung ganun siya, ganun yung effect niya sa amin."

One other thing that makes New Zealand special to the couple: "Dun nabuo si Luna."

Judy Ann, Ryan, and their kids have been to New Zealand twice. Their last visit in the country was in 2015, with Judy Ann's best friend Beth Tamayo.

Remember Ryan's video that went viral in 2016? It captured Judy Ann's reaction upon seeing the house for the first time. Ryan was heard telling his wife, "This is your new home! Yahoo!"