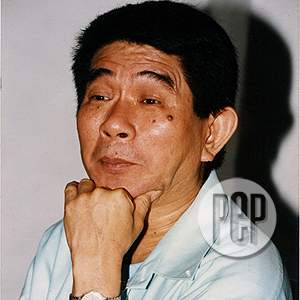 Former movie director Joey Gosiengfiao—who directed the launching movies of Maricel Soriano, Dina Bonnevie, Snooky Serna, and other regal Babies—died at 3:50 AM from a heart attack.

Long associated with Regal Films, Joey was one of the foremost directors of the ‘70s and the ‘80s.

Direk Joey's last two directorial jobs were The Rape of Virginia P ni Alma Moreno noong 1989 and The Nights of Serafina in 1996.

Joey was credited for discovering, among others, Al Tantay, now a television director.

March 15 ang kaarawan ni Joey, the day he was rushed to the hospital.