Rod Strunk called a friend before jumping to his death 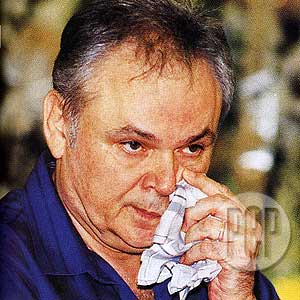 "He lost everything. He went from having everything you'd possibly want to having literally nothing," commented Rod Strunk's friend.


A new article from the Tracy Press official website revealed some new and interesting details regarding the last few hours of Rod Strunk. Strunk, 68, allegedly committed suicide by leaping to his death from the balcony of the Tracy Inn, where he was staying, and was found dead by a woman at the parking lot on last July 11 at 11:36 am (US time).

Jim Thompson, one of Strunk's few friends around the area confided that the American husband of the late actress Nida Blanca, usually holed himself up alternately at a men's shelter in Stockton, California, or in cheap motels during the last couple of months. If he had enough spare money, Thompson said that Strunk would occasionally check-in at the Tracy Inn until his money ran out.

Strunk's lifestyle before his death was a far cry from the comfortable life he used to experience when Nida was still alive. It was well known among local showbiz insiders that it was Nida who was supporting her husband financially when they were still together.

"He lost everything. He went from having everything you'd possibly want to having literally nothing," commented Margaret Spunn, Strunk's friend from a Good Shepherd Community Church.

Clues of suicide might be apparent when Strunk called Thompson from the Tracy Inn and asked him to come over for a talk. Strunk told his friend that what they'd be discussing was something "important."

Unfortunately, Thompson was in the mountains where he was spending the week serving as a youth camp counselor thus making it impossible for him to meet up with his friend who sounded troubled.

"He just said goodbye and hung up," said Thompson.

A few hours later, Strunk's lifeless body was found by a woman at the parking lot of the Tracy Inn. Authorities concluded that Strunk had committed suicide.

Thompson also affirmed reports that Strunk got married again in the US but the union was quickly annulled after only a few weeks.

Other close friends of Strunk told investigators that the former singer, who had a Billboard entry single during the '60s, was on heavy medication for diabetes and was drinking quite heavily prior to his death.

Probed if Strunk had ever mentioned his late wife during casual conversations, particularly about her violent death, Thompson simply said that his friend talked little about Nida's murder.

Strunk was the prime suspect in the brutal slaying of Nida Blanca on November 7, 2001. He was positively pinpointed by self-confessed killer, Philip Medel as the mastermind behind the killing. Medel eventually retracted his statement, allowing Strunk to escape prosecution and extradition requests from the Philippine government.

Thompson revealed that Strunk avoided going near a Catholic church in the area because of a bad experience.

"A group of Filipinos flashed him angry looks a couple of months ago," recalled Thompson.

"He was scared," added Thompson about Strunk. "He wouldn't go back to that church."