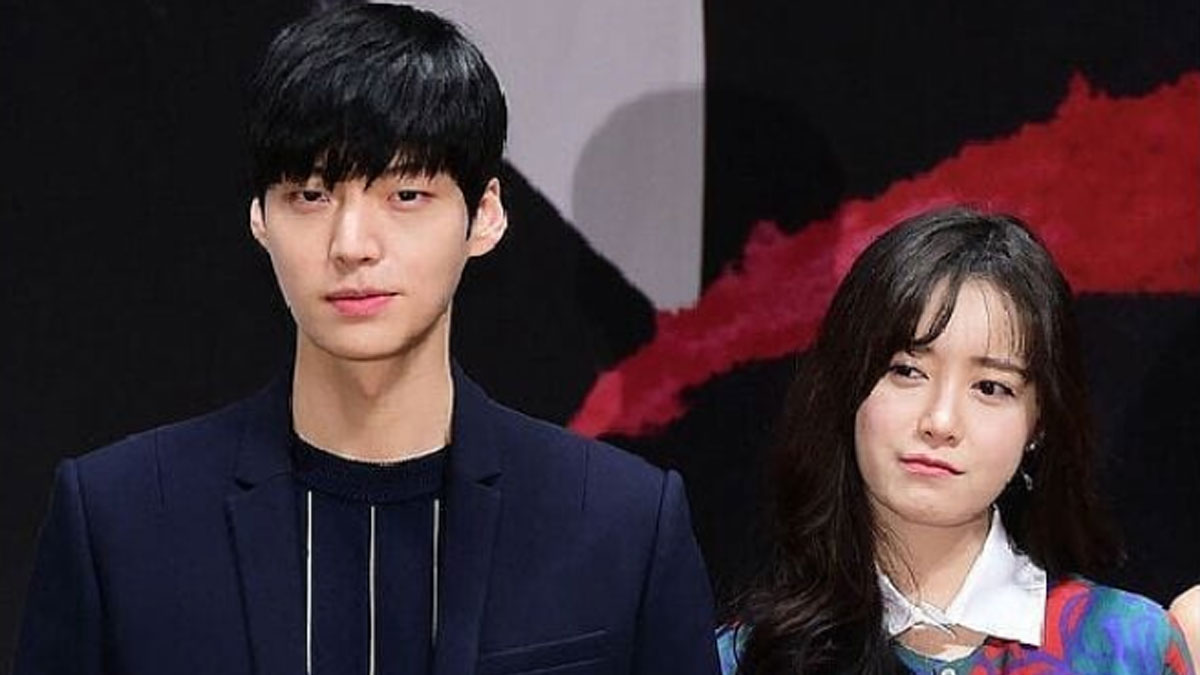 Pahayag ng kampo ng aktres: “First, we would like to convey Ku Hye Sun’s regret at causing concern and worry to the fans who have watched over her entertainment career and her marriage.

“While Ku Hye Sun and Ahn Jae Hyun have ‘discussed’ their divorce, they never fully ‘agreed” to divorce.”

Dagdag pa sa official statement ng aktres: “A draft of the divorce agreement has gone back and forth between the two, but the document has never been signed and sealed.”

“Just as Ku Hye Sun herself revealed, it is true that she took steps to discuss divorce after receiving stress from Ahn Jae Hyun’s lack of interest in their marriage, his betrayal of her trust, and his frequent and intimate calls with other women while in a state of inebriation.”

“However, after Ku Hye Sun’s mother received a psychological shock and her state of health worsened, and out of a desire to protect her family life, Ku Hye Sun stated clearly on Instagram that she has no desire for divorce.

“Her current feelings about her mother and her family have not changed.”

“Moreover, Ku Hye Sun is no longer able to trust her agency, who one-sidedly managed their artist’s private life, and has confirmed that she can no longer work with them.

“We hope to terminate her exclusive contract with them as soon as possible. If her agency does not cooperate, then there will be no choice but to take legal action.

“We hope that there will be no more speculative articles without any evidence published about Ku Hye Sun and Ahn Jae Hyun’s divorce.

“Ku Hye Sun once again conveys her regret at causing the public concern through her private affairs, and we will work to resolve the issue as soon as possible.”

“I loved Ku Hye Sun very much and married her while respecting her.

“Because both of us are public figures, I sincerely hoped that all of this would be settled quietly.

“So even when faced with the abrupt, unexpected announcement and release of information, I remained silent and tried to endure it quietly.

“However, getting rid of the context from before and after the situation and revealing only partial fragments has distorted the truth, which is hurting the people around me.

“After suffering the slander that I contacted other women while in a state of inebriation, I could not remain silent any longer, so I decided to write this message.”

“Although the past three years of our married life, which we began because we liked each other, were happy at times, it was also a time that was very taxing for me mentally.

“Although we made efforts to improve our relationship, it was not easy at all for us to close the distance between us.

“Finally, because we were unable to reconcile our differences, we agreed to separate, and so that she could live comfortably with her five pets, I ended up being the one to move out of our home.

“Afterwards, on July 30, at the end of continuous conversations [about the matter], Ku Hye Sun and I agreed to divorce.”

“In Ku Hye Sun’s statement [the breakdown of the amount of money she was requesting], she even included things like a daily charge for her share of the housework and the donation that she made to charity at the time of our marriage.

“I fully agreed to her demands.

“However, my reason for doing so was not because I was the one at fault for our marriage falling apart, but because I wanted to financially help my wife that I had loved.

“But a few days later, Ku Hye Sun claimed that the amount we had initially agreed upon was insufficient, and she requested ownership of the apartment in which we lived together.

“After that, I notified our agency of the fact that we were divorcing, and on August 8, we met with our CEO, who attempted to talk us out of it and persuaded us to consider the timing.

“However, my feelings about the divorce did not change.”

“On the night of August 9, [Ku Hye Sun] lied to the security guard at the apartment building where I was living alone that she had lost her key, and after receiving a spare key, entered my apartment.

“She told me, ‘It’s not trespassing; I entered because I’m your wife,’ and she began going through my cell phone and making recordings. I was asleep at the time, and I was extremely shocked and frightened by her behavior.

“While looking at my text messages on my cell phone, there was a message in which our CEO, after meeting with both of us, asked about one aspect of our stories that didn’t match up ([Ku Hye Sun] claimed that she hadn’t asked for our apartment, saying that she had no right to the ownership and that she had no reason to request it), and I responded. I did not say anything bad about her.”

“That night, I had the thought that continuing our marriage any longer would only hurt both of us more, and I became even more certain about getting a divorce.”

Patuloy ng aktor: “A few days later, [Ku Hye Sun] contacted me to say that she wanted a divorce immediately.

“She had hired a lawyer, and she sent me a divorce agreement and a press statement, and she told me to get a lawyer as well since she was planning on filing with the court on [August] 28.

“Because she was making additional requests, I had to get a loan, and I had to sell my home, and I had no choice but to inform our agency of everything.

“This was not to involve our agency in our personal matters, but because, as an actor under the agency, I needed to let them know about what would be happening in the future.”

Dagdag pa niya: “During my married life, I did my utmost as a husband, and I have never done anything that I was ashamed of.

“I saw [Ku Hye Sun’s] words that she wanted to remain married.

“After seeing her hurt other people by distorting what we agreed on together after our long conversations, and seeing her continuously distort the truth with her words, all I could think was that now, even more than before, I don’t think I can continue with this marriage.

“I am deeply, deeply sorry to our agency, who has suffered damage because of our personal matters; to the ‘My Ugly Duckling’ staff, who suffered damage on the day of their broadcast; and to the crew of my drama. I am ashamed, and I want nothing more than to apologize.

“And I feel sorry for my wife, who must be suffering emotionally as she goes about this kind of behavior. But it’s difficult for me to understand [these actions].

“Since these things happened because I was unable to smoothly take care of my personal matters [in private], I sincerely apologize. I’m sorry.”

Pahayag niya: “Hello. This is Ku Hye Sun. I ended up writing this message after seeing the message posted by Ahn Jae Hyun.

“This is referring to the full amount we donated instead of holding a wedding, and because all of that was paid for by Ku Hye Sun, I asked for half of the amount back.

“The interior decorations for Ahn Jae Hyun’s current home were also paid for by Ku Hye Sun, and because Ku Hye Sun was the one who did 100% of the housework, I demanded and received 30,000 won [approximately $25] a day in labor wages for the past three years… this was not a divorce settlement amount.”

Lahad ni Hye Sun, basa sa translation ng soompi: “Because one of my dogs passed away, I became depressed first, and it was me who introduced my husband to the psychiatrist that I had seen in the past.

“I advised him to refrain, since it could cause misunderstandings, but we simply ended up fighting often because of it, and their confidential conversations ultimately became a domain of which I know nothing.

"On my husband’s birthday, he said he wanted to eat beef-and-radish soup, so I prepared it from early in the morning, but he only had one or two spoonfuls and didn’t finish the rest.

“Seeing him then go out for a birthday party with other people, I knew that his heart was truly no longer in [this marriage].

“Still, I was grateful to [Ahn Jae Hyun’s] mother for giving birth to him, so when I heard that she didn’t have an air conditioner, I got her one, and I also got her a washing machine and a refrigerator.”

“[Ahn Jae Hyun] did not move into his separate apartment for the sake of our separation; instead, I allowed him to do so because he said he wished to focus on his acting.

“So I had the right to enter that apartment.

“Apart from that, regarding the matter of my asking him for ownership of our home, [Ahn Jae Hyun] did not spend much time at home even before our separation, so I told him, ‘If I’m going to live alone like this, give me the house.’

“So he told me that he’d give me our home in Yongin if we divorced, and I agreed.

“Since then, my husband has been talking incessantly about divorce.”

“What did I do wrong? When I asked, he told me that I’m not sexy, and my husband kept saying that he wanted to divorce me no matter what because I have unsexy nipples.”

Pagtatapos ni Hye Sun: “Even while we were living together, my husband sometimes loudly played YouTube broadcasts that men in a marriage rut might listen to before falling asleep… I was a ghost that lived in our home.

“The woman you once loved so much has become a zombie. Even now.”