What #Wilodia did for love: Alodia Gosiengfiao and Wil Dasovich love story 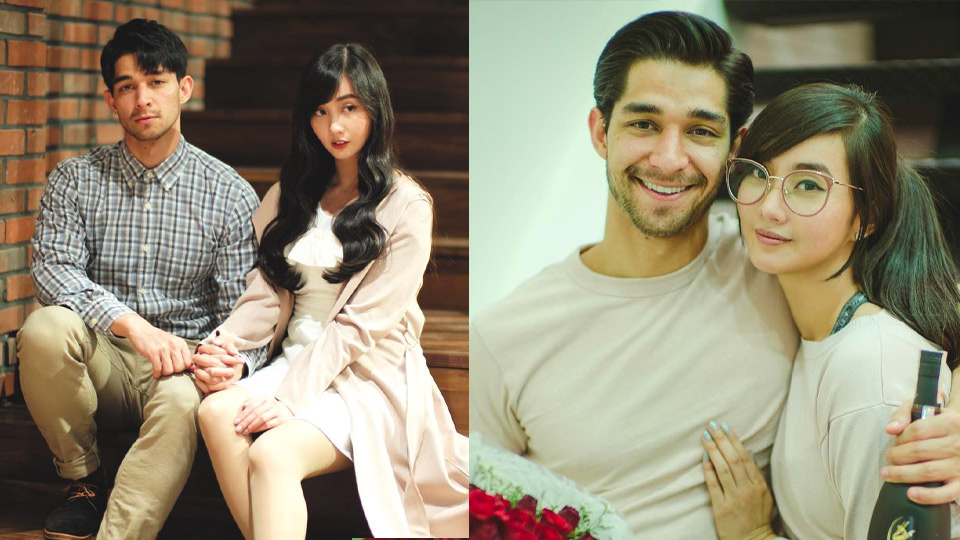 Alodia Gosiengiao on Wil Dasovich: "To those asking, wala na kame. It's been a while. We tried to work things out many times but some things are not meant to be"

The breakup of Alodia Gosiengfiao and Wil Dasovich came as a shock to everyone.

Fans expressed their sadness on social media following the announcement that cosplayer, model, and vlogger Alodia had broken up with her long-time boyfriend and fellow vlogger Wil.

Alodia and Wil established a solid fan base when they first admitted their relationship.

How did Alodia and Wil become a couple? PEP.ph (Philippine Entertainment Portal) looks back at fans' favorite moments of these two influencers.

How Alodia and Will Met

It was love at first sight. Well, that's how it was according to former Pinoy Big Brother housemate Wil Dasovich.

In April 2017, before they flew to Malaysia for the Influence Asia Awards, Alodia and Wil met for the first time. They were competing against each other at the event, and Wil won three awards, namely Breakout Influencer, Best YouTube Channel, and Influencer of the Year.

A couple of months later, their friendship blossomed into a relationship.

It was around July when the two had their first date at the red carpet premiere of Spiderman: Homecoming.

From then on, they were spotted hanging out together regularly. They were not secretive about it, too, as they would post their dates on social media and even Nico Bolzico posted a story about them being "the new official couple."

Wil's Battle with Cancer and Alodia's Devotion and Support

Early in their relationship, the two were rumored to be planning a trip to Germany, but their plans were interrupted by an unfortunate news.

In August 2017, Wil went to San Francisco to undergo "treatment" for internal bleeding. It was later revealed to be colon cancer stage III. Wil made the announcement in his YouTube vlog on August 24, 2017.

At the time, Alodia was busy with her own career, as the gaming streamer had just launched her own company, Tier One Entertainment.

But according to reports, she flew to the U.S. almost twice a month to assist Wil and be his support system throughout his ordeal.

Alodia also appeared on Wil's vlogs as they spent time together in the U.S. She also accompanied Wil during his chemotherapy sessions.

Making Memories, Traveling and Spending Time Together, Meeting the Families

Two important milestones happened in February 2018. Wil announced through his vlog that he was now cancer-free, and he also confirmed his relationship with Alodia.

According to him, the relationship started even before he was diagnosed with cancer.

He elaborated, “When we started travelling together.

"She travelled with me out of the country and we went to so many places and stuff.

"Why would she just come along and travel with me?

“Not to mention after I got diagnosed, she's the only person that came out with me and hung out with me and visited me and basically lived with me. She would do that every few weeks.

“She would go back, do a job or whatever celebrity interview or commercial she was doing at the time. She [would] always go back after a couple of weeks.

For Alodia's part, when Wil asked her why she went through the hassle of traveling back and forth to the U.S. just to see him, Alodia gave a short but sweet answer.

She simply replied, “It’s fine. You can’t bring back time.”

In a separate vlog titled "MY DEEPEST CONFESSION," Alodia took her turn to express her feelings.

"You showed me how to value simple joys like time spent together doing nothing, is something.

"You inspired me to be better. I never thought that life could be like this."

The video featured some of her travels with Wil.

Alodia and Wil had also introduced each other to their respective families, and based on their posts, it seemed their families approved of their relationship.

Just about a month ago, Wil released a vlog featuring the design of their house by Pinoy architect Oliver Austria.

Alodia and Wil can be seen reacting to their virtual "house tour" for the first time. In the video, their surprise and delight were evident all throughout.

It was Alodia who announced their split.

"To those asking, wala na kame. It's been a while. We tried to work things out many times but some things are not meant to be. I hope you respect our privacy during this time in our lives. [pray emoji]"

Is it a prank? Fans could not help but hope so. But Alodia quickly denied it.

The couple dated for four years, before calling it quits.

To date, Wil has not yet released any official statement save for the quote the accompanied his photo of his location in Himalayas.

It read: “Keep moving forward, because there is no other option.

“You can rest, you can eat, sleep, pray, do what you need to do to find your strength, and then when you are ready we move again. We always move. If you stop moving, so does your life.

“Simple, yet powerful words from my Sherpa friends.”