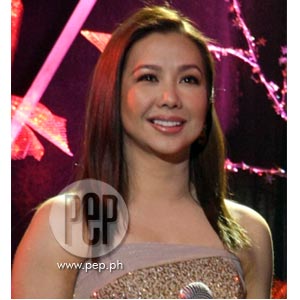 Less than 24 hours after it was reported here in PEP (Philippine Entertainment Portal) that United Shelter Health Products threatens to sue anchor Korina Sanchez for libel, ABS-CBN issued a statement upholding the credibility of the news findings as relayed by Korina in the network's news programs.

In the face of a looming lawsuit, ABS-CBN defended Korina Sanchez and the credibility of her recent report accusing United Shelter Health Products, makers of whitening product Lucida-DS Glutathione and Vaniderm, of breaching public trust and confidence.

According to Korina's report—which was shown in the news programs The World Tonight, ANC (ABS-CBN News Channel), Bandila, and TV Patrol—the glutathione content of Lucida-DS was only 4.4 mg and not 500 mg as claimed. Vaniderm, on the other hand, reportedly contained only 5.4 mg of glutathione.

The report also stressed that most whitening products available today in the market failed to pass the actual laboratory test conducted by the Philippine Institute of Pure and Applied Chemistry.

Because of the alleged damaging report, United Shelter Health Products threatened to sue Korina for libel in all parts of the country and even outside the Philippines.

Galindez also revealed that they are also planning to bring the court complaint in Malaysia, Dubai, and the United States of America. The company, as it turned out, has distributors stationed in those countries.

IN DEFENSE OF KORINA'S REPORT. In a statement issued by the Lopez-owned network to PEP earlier today, May 26, they said that they are not ruffled by the legal threat issued by the United Shelter Health Products against one of its top anchors.

"Our duty is to report the facts. And the fact is that 7 out of 9 skin whitening products being sold in the market today failed the thorough and independent lab test conducted by the Philippine Institute of Pure and Applied Chemistry, a BFAD accredited laboratory based at the Ateneo de Manila University campus.

"In the interest of consumer welfare, ABS CBN News disclosed the names of all the products tested and the full results of the test."