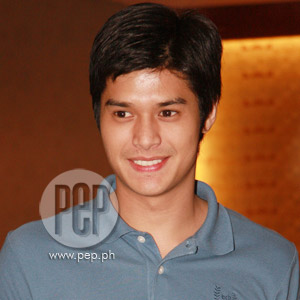 "When I recall the incident now, it seems that in talking to me, Redgie and Ms. Wilma were trying to make me perceive my manager in a negative light, and they were doing this at a time when I was upset and emotionally affected by the events," stated JC de Vera in his sworn affidavit.

"In the late afternoon of 16 February 2009, while I was in the GMA Network offices located at Timog Avenue corner EDSA, Quezon City, I was informed by Otep, the Executive Producer of Obra, that I would be pulled out of the said television series, because my Manager Annabelle demanded that I be taken out. I was upset by this news, and seeing this, Redgie took the opportunity to bring me to her cubicle.

"Redgie is a GMA employee who reports to Ms. Wilma, the Head of the Entertainment Division of GMA Network.

"While I was in her cubicle, Redgie asked me questions and made certain comments about my Manager Annabelle and my management contract with her. I recall that some of the queries and comments were:

"Redgie asked me how many more years was my contract with Annabelle, and I replied: '5 years.'

"After my conversation with Redgie, she took me, without my asking or requesting it, to the office of Ms. Wilma. Prior to this incident, I did not even know where Ms. Wilma's office was.

"Contrary to the allegations in the Complaint and in the Joint Affidavit as Annex B thereof, I was not crying or weeping when I was in the office of Ms. Wilma. In fact, I was calm and in control of myself."

Patuloy na salaysay ni JC: "In her office, Ms. Wilma again asked me questions and made certain comments about my Manager Annabelle, and my management contract with her. Specifically, I recall the following questions and comments:

"Ms. Wilma first showed me a text message which supposedly came from Annabelle, and she said: "Tingnan mo? Tingnan mo kung ano ang ginagawa ng manager mo?" I replied that I was embarrassed by what was happening.

"Ms. Wilma then laid a copy of a contract, supposedly my contract with GMA, in front of me. She then said that under my GMA contract, neither my manager or I had the option to refuse a show; indeed, what she said was: 'Hindi kayo puwedeng tumanggi sa show, at kung tumanggi kayo, puwede kayong mademanda. '

"Ms. Wilma then said that over the years, they were just tolerating Annabelle, because when she didn't like a project, she would pull out her talents 'pag malapit na ang show. Pero sobra na.'

"I did not know what to say or how to reply to the negative comments made by Ms. Wilma about my Manager.

"At some point in our conversation, Ms. Wilma asked me: 'May kopya ka ba ng contract mo with Annabelle? Puwede ko bang makita?' I replied that I did not have a copy.

"Ms. Wilma also said: 'If there is anything I can help you with, just tell me,' then she handed me her business card.

"When I recall the incident now, it seems that in talking to me, Redgie and Ms. Wilma were trying to make me perceive my Manager in a negative light, and they were doing this at a time when I was upset and emotionally affected by the events.

"I have had the opportunity to think about the reasons why my Manager Annabelle wanted me pulled out of the Obra project. I firmly believe that she was acting in my best interest, because it was her understanding—as it was mine—that I would be the lead star of the show, and it seems that was not the plan. I appreciate her looking out for me, and now declare that she has not failed me as a Talent Manager. I stand willing to affirm my statements herein in whatever forum it may be required."