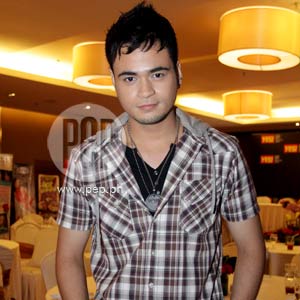 Geoff Taylor lands on the "The Crooner" category of YES! 100 Most Beautiful Stars for 2010. The Fil-American singer-actor was joined by Chris Cayzer and Jay-R in the said list.

Filipino-American singer Geoff Taylor has come a long way from being an aspiring model to a reality talent search show contestant.

Although Geoff failed to clinch the top plum in ABS-CBN's Pinoy Dream Academy (PDA) in 2006, the Olongapo City-native bounced back strongly to win GMA-7's Are You The Next Big Star? honors alongside Frencheska Farr.

The victory opened windows of opportunity for Geoff not just in singing but also in acting. He is currently seen in Daisy Siete's "Adam or Eve" episode and Geoff's inclusion as a regular in the Sunday musical variety show Party Pilipinas earns him considerable exposure.

There's another reason for Geoff to smile nowadays: The 24-year-old singer is part of YES! 100 Most Beautiful Stars for 2010.

At the launching held Tuesday, June 22, at Crowne Plaza Hotel, Ortigas Avenue in Quezon City, Geoff said that the recognition continues to be a total surprise.

Sharing one table with all the stars mentioned made Geoff star-struck.

He specially mentioned Kim and Kris, describing the two stars "pretty" and "sweet-looking."

WORKING OUT FOR THE BIG NIGHT. Geoff will be part of the much-anticipated Bench fashion show this coming July. This event is known for featuring some of the hottest celebrities clad only in their underwear.

Geoff said he's more excited than nervous for the upcoming event since it's his dream dating back to when he was starting out in the field of modeling: "Ito 'yong sobrang pinangarap ko nung nasa modeling pa lang ako. Before, iniisip ko, gusto ko lang magka-billboard for them 'tapos heto magkakaroon pa ng fashion show."

He smiled shyly when asked if he considers having a sexy image after the event.