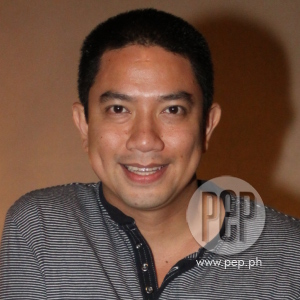 According to Ivan Mayrina, GMA News TV wants a casual style of news reporting. "May ganung direksyon na pinaplano, wala munang kurbata. Roll up your sleeves and get to work. Parang ganun ang mangyayari," he says.

PEP (Philippine Entertainment Portal) and other entertainment press were given a chance to talk to the members of the GMA News team on February 9 for the launch of GMA News TV.

First to arrive was Ivan, who immediately sat down and introduced his new program on GMA News TV called On Call. Connie Sison will be his co-host in this new public affairs program that seeks to address the concerns of the public.

It will premiere on February 28, the same launch day as GMA News TV.

Besides On Call, Ivan will anchor the channel's hourly news bulletins.

Although the new tasks will keep him busy, Ivan says he feels fulfilled rather than stressed out.

He's also happy that he is one of the young news personalities being primed to anchor GMA-7's primetime news programs in the future, like 24 Oras and Saksi.

"I'm being groomed to be a serious news person... Iilan lang naman kaming ganyan, e. Na puwede kang mag-fit sa ganung mold. For one, you have to be credible."

Ivan said he goes to great lengths to protect this image. He does not smoke, and he chooses not to drink in public.

FROM CORPORATE TO NEWSREPORTING. Ivan did not plan to be one of GMA-7's trusted young news anchors. In fact, he was in another field before becoming a news person.

In 1997, he graduated with a Communication Research degree from the University of the Philippines in Diliman, Quezon City. He then applied for a job at Ayala Corporation.

After three years, a friend asked him to audition for Unang Hirit, GMA-7's morning show.

It was "tiyamba," Ivan said, that was how he was thrown into the world of sports reporting. He found it hard to adjust at first.

But the stars continued to shine for Ivan. Another random incident thrust Ivan to to become an on-cam reporter.

On May 1, 2001, he was given the task to deliver tapes to Jiggy Manicad, an on-cam reporter caught in the middle of a chaotic EDSA III rally. A rock had hit Jiggy's head, rendering the reporter unconscious.