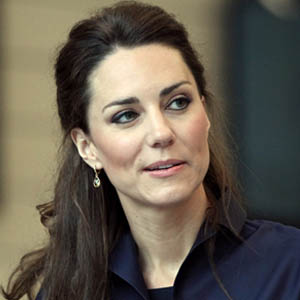 Kate Middleton has visited Princess Diana's grave ahead of her wedding to Prince William.

The 29-year-old brunette will marry the late royal's eldest son on April 29 at Westminster Abbey, London, and the couple took an emotional trip to Diana's final resting place at her family estate of Althorp in Northamptonshire, Central England.

A source told the Daily Mirror newspaper: "It was very important for William to take Kate to visit his mom just before their wedding day.

"Diana is still a huge part of her boys' everyday life and always will be. It is tragic that she won't be there to see the wedding and that she never got to meet his bride.

"But even though Kate never met Diana, she [Kate] knows what an incredible woman she was and it is very important to her that she can share and understand William's love and grief for his mum."

Charles Spencer, William's uncle and Diana's brother, is said to have been informed about the visit to the spot in the estate that he has turned into a shrine to his late sister.

William, 28, has been keen to ensure his mother's memory is kept alive as his wedding approaches, presenting Kate with Diana's diamond-and-sapphire engagement ring when he proposed.

He said: "It was my way of making sure my mother didn't miss out on the excitement, and the fact that we're going to spend the rest of our lives together."

William's brother and best man Prince Harry has also revealed that his mother will be on the royal family's mind on the wedding day.

Prince Harry said: "Myself, my brother and my father, there will be all sorts of people no doubt thinking about it. And I hope she would be very, very proud that the big day has come upon him."