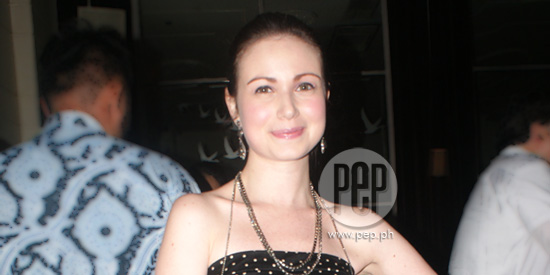 Sa palagay ni Rima Ostwani, hindi pa siya handang sumabak sa pag-aartista. “As I said in the beginning, talagang it takes a lot of talent to be able to be a good actor and probably wala pa ako do’n.”

“Well, basically what happened was, I was offered a role with ABS-CBN, which I was so thankful for and I tried it out.

“But after that, parang I think lie low muna ako on that side. I’m focusing more on my professional career.

“I was very happy naman to have tried out showbiz and tried out the role, but then I think really, as I said in the beginning, talagang it takes a lot of talent to be able to be a good actor and probably wala pa ako do’n.

“So I’m concentrating more on my professional career and also modeling on the side, so iyong showbiz, na-try ko, thankful ako, pero iyon huwag muna ngayon. Parang, not for now.”

“Well, actually, definitely if there will be offers, then, why not? But it’s not a priority.

“When I started out, I had an agreement with him to be my mentor of some sort. He’s still my mentor up to now but I’m not anymore…how do I say?

“So, for me, I’m not directly under Backroom but Tito Boy still remains as my mentor.”

“Actually, after Kapitan Inggo, I did undergo a series of workshops, but I could not pursue and continue the workshops because parang it was in conflict with my daily job naman.

“So parang I didn’t have so much time anymore for the workshops, so na-stop ko muna siya.

“But I really did learn a lot and definitely it was a good experience for me,” ani Rima.