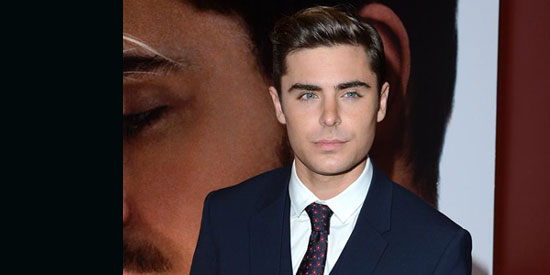 Zac Efron and Lily Collins are said to have parted after just three months of dating, with multiple sources saying neither was particularly serious about the relationship.

The couple are said to have parted after just three months of dating, with multiple sources saying neither was particularly serious about the relationship.

One friend told Usmagazine.com: ''They're no longer together. They were never serious, though; it was just a casual thing and it fizzled.

''They were never in the same place at the same time.''

Another source added: ''Zac was never very serious about her. He didn't talk about her to friends.''

The Lucky One actor and the Mirror Mirror star had first been spotted together in February, but both being private people they were only photographed together once.

Another friend blames their tough schedules filming and promoting their respective films for keeping them apart.

They said: ''It's true that their schedules are crazy right now, which isn't conducive to a relationship being easy.''

Zac, 24, was previously in a relationship with his High School Musical co-star Vanessa Hudgens for five years, and has also been linked to Taylor Swift.

He has previously said he loves the feeling of being romantically attached to someone, even if it doesn't work out.

He said: ''I enjoy romance. I think that's why we're here. It's one of the best feelings you can have, falling in love.

"It doesn't always have to work out, but when you're in it, it's still the best feeling in the world.''

Lily, 23, has previously been linked to Taylor Lautner, who she starred alongside in Abduction.