Celso Ad. Castillo — the last interview: "I am glad that the Philippine movies died because it’s the people there that died and not the industry." 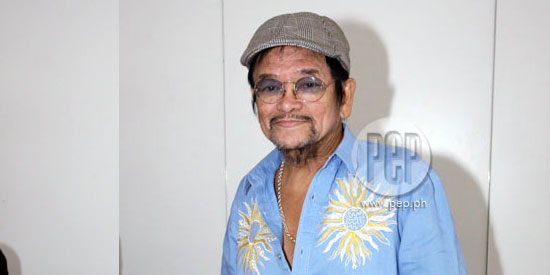 Direk, what do you think of SM Cinema’s continuous ban on R-18 movies? Do you think it is hurting our local film industry?

“I agree with SM’s decision to ban R-18 movies in their theaters simply because the movie industry, movie directors in particular, don’t seem to fathom the real aesthetics of filmmaking, thus making adult movies that resort to cheap display of meat and senseless storytelling, in effect pushing our moviegoers to the brink of becoming nincompoops.

“Can you imagine them making horror movies that don’t terrify the audience and dramas that don’t affect the emotions of the moviegoers? They are all sound and fury but have no substance and no filmic values.

"The move of SM was simply a gesture to safeguard the filmic morality of Philippine films.”

What do you think of the present state of the local film industry?

“We live in a young country with a movie industry and a young people still grappling for maturity. Imagine electing B-actors and a comedian in the Senate and almost propelling a broadcaster to the presidency.

"I am glad that the Philippine movies died because it’s the people there that died and not the industry. And of course dying means there’s hope of getting resurrected.”

So what can we expect from your autobiography?

“I taught screenplay writing and film directing at the Asia Pacific Film Institute for a year and I was telling my students that to study filmmaking, they should study the director.

"They should know how a director’s mind works because moviemaking is problem solving similar to a jigsaw puzzle or Rubik’s cube.

"There are theories you learn from school but to come up with a viable film project (like the quality of film being cinematic) the director’s mind should work on its own.

“How does a director deal with a Fernando Poe, Jr. in the making of an epic film like Asedillo?

"How does he cope up the travails of filmmaking, with Vilma Santos missing on the set and Bembol Roco shaving his head at the height of shooting Pagputi ng Uwak ?

"Or how do you solve the problem like Vilma Santos who offered to return the money she had received for refusal to do the dance sequence in Burlesk Queen?

"How does a director and his film become one so that there will be total unison in pursuing the dramatic conclusion of a film masterpiece?

"How does a total novato, for that matter, enter a tough business like the movie industry and reach the top of the line?

“A director must be tough to be on top in this business, you know.

"The book, my autobiography, is a more than just an adventure, it’s a journey. It’s a trek into an eerie man’s mind in the world of real world and insanity of a make believe one.

"Are you ready for that? The book will open up the world for you.

"As I said, it’s not just an adventure—it’s the journey of an artist.”

Last question, Direk. Along with 11 other veteran directors, you have been chosen by the Film Development Council of the Philippines to take part in a festival for veteran filmmakers next year. What are your plans for that? Any film projects already in mind?

“The world is such in total disarray and I don’t know what to call the homo sapiens lurking in our midst killing people and committing crimes without regard to authority.

"Don’t you think that the Philippines is so permissive as a society that human rights advocates really advocate the salvation of the criminals?