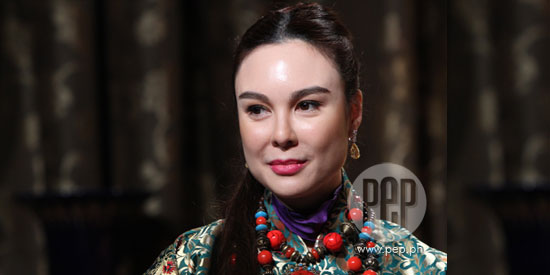 Gretchen Barretto has finally spoken eight days after being called a "liar" and accused of "evil manipulation" by her mother, Estrella "Inday" Barretto.

PEP.ph (Philippine Entertainment Portal) has been asking the controversial actress for her response since April 24, the day Mrs. Barretto's letter scoring Gretchen was published in The Philippine Star.

Since then, Gretchen's brother Joaquin (Jay-Jay) has released his own statement to the media defending Gretchen. Also since then, their sister Gia Barretto-Reyes, who is based in Boston, Massachusetts, has sent her own letter to The Philippine Star, where she exhorts Gretchen to "Just totally disappear from our lives without leaving a trail of vile and misery. Please."

At past 11 o'clock tonight, Gretchen finally responded to PEP via a brief text message to PEP editor-in-chief Jo-Ann Maglipon:

"I was advised by my lawyers here in Manila and our American lawyers to keep mum.

"We will let the case speak for itself.

PEP followed this up with a query, also by text messaging: She is talking about American lawyers. Is she thinking of suing Gia in the U.S.?

Gretchen's text response: "Yes, Gia is based in Boston. Our local lawyers, the Siguion-Reyna group, advised that we take action there."

Gretchen is represented by the Siguion-Reyna, Montecillo, & Ongsiako law firm. She did not say if she was taking any action against her mother.