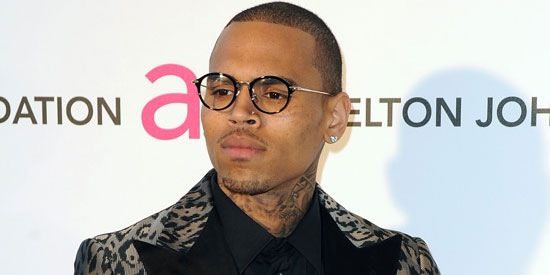 Chris Brown has confirmed he and on/off girlfriend Rihanna have split up again after revealing he hoped to party with as many girls as he could over his birthday weekend, in which he turned 24 on Sunday, May 5.

Chris Brown has confirmed he and Rihanna have split up again.

The "Fine China" hitmaker celebrated turning 24 on Sunday (May 5) with several lavish birthday bashes in Las Vegas, New York, and Los Angeles, and revealed he is single by saying he hoped to party with as many girls as he could, despite feeling "love" for his on/off girlfriend.

Rihanna—who is said to have planned a surprise for the singer—didn't attend any of his parties as she was busy performing her Diamonds World Tour over her his birthday weekend.

Speaking about the best present he could receive ahead of his birthday on The Kyle & Jackie O Show on Australian station 2DayFM, Chris said: "Just peace—center of your zen, whatever peace you need, a clear mind... but, I'm 24, I'm going to be in Vegas, so I want to really see as many girls as possible."

Host Kyle asked: "So hang on, what's your status, you're on off ... are you going through this birthday solo?"

Chris quickly replied: "I'm going to do it solo, at the end of the day, she's already doing her thing, she's on the road... there's always going to be love, but I'm just going to do me. I'm a grown man."

The couple initially split up in 2009 after Chris assaulted her and they have both dated in-between, with the rapper having a brief relationship with model Karrueche Tran and Rihanna, 25, being romantically linked to musician Drake.

However, Chris seems adamant their recent split is for good this time as he is "too young" to have a "wife" figure in his life, instead wanting to focus on himself.

"I can't really be focused on wife-ing somebody that young, and I'm young too. I just got to step forward and be the man and be the best Chris Brown I can be instead of worrying about whoever else is going to be in my side pocket. "