Glee cast to honor Cory Monteith with "Seasons of Love" 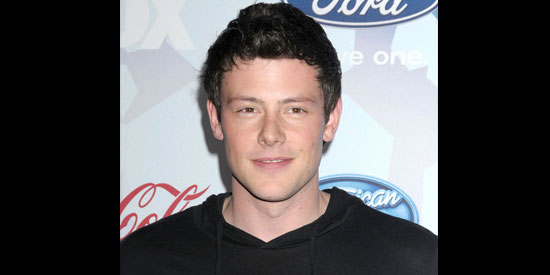 An episode in the next series of Glee will be devoted to Cory Monteith—who was found dead in his hotel room in Vancouver, Canada, in July, from heroin and alcohol overdose—and his former co-stars are preparing a moving musical tribute in the shape of the Rent showtune.

The Glee cast will honor Cory Monteith with a rendition of "Seasons of Love."

An episode in the next series of the show, "The Quarterback," will be devoted to the late actor, and his former co-stars are preparing a moving musical tribute in the form of the Rent showtune.

Cory was found dead in his hotel room in Vancouver, Canada, in July, from an overdose mixture of heroin and alcohol.

She will perform a "limited but incredibly powerful" song.

Amber Riley (Mercedes) and Naya Rivera (Santana) will also have solo parts in the tear-jerking tribute.

A source told HollywoodLife.com: "The [episode] is more of a celebration of Cory's life, and the difference he made to us and the fans of the show.

"As much as it will be [part of the Glee season], it also feels like a stand-alone episode."

Matthew Morrison, who plays mentor and glee-club leader Will Schuester, revealed that filming the tribute helped the cast go through the grieving process.

He previously said: "It's incredibly hard. We've mourned Cory, but now we're mourning Finn. So it's kind of like two people in that one person.

"It's incredibly hard, and we're staying strong together, and I have to say Lea [Michele] has been the most strongest of all of us."