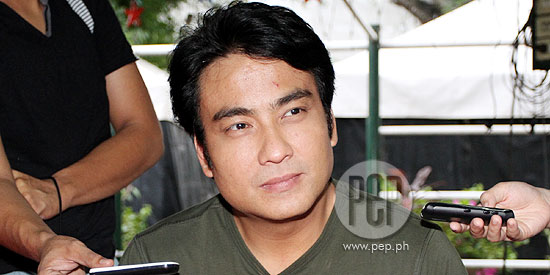 This is according to a reliable source from the senator’s camp.

The source told PEP.ph (Philippine Entertainment Portal) that it was the actor-politician’s decision to remove himself from the film.

Revilla is one of three senators—the two others are Senators Juan Ponce Enrile and Jinggoy Estrada—sued for plunder and malversation of funds by the country's Department of Justice and National Bureau of Investigation because of his alleged involvement in the malversation of the Priority Development Assistance Fund (PDAF), now widely known as the pork-barrel scam.

Before the issue of pork barrel misuse came out, according to the source, Revilla had been very helpful and supportive of Ang Huling Sugo.

Dela Cruz said, “Senator Revilla helped us a lot in the pre-production stage of the movie.

“He did not hesitate in lending his expertise in helping us in the preparation. We are grateful.”

However, Dela Cruz did not comment as to who will replace Bong in the movie, due for release in time for Iglesia ni Cristo’s centennial celebration next year, 2014.

“Veteran actors are considered for the role [who are] as formidable as the senator’s stature in the Philippine movie industry,” Dela Cruz said without giving other details.

Revilla’s wife, Congresswoman Lani Mercado, who is supposed to play the wife of Eduardo V. Manalo, is also out of the project.