UPDATED. PAF service for Yolanda survivors to continue after Oplan Hatid; operation of free-transport service may return to Villamor Air Base 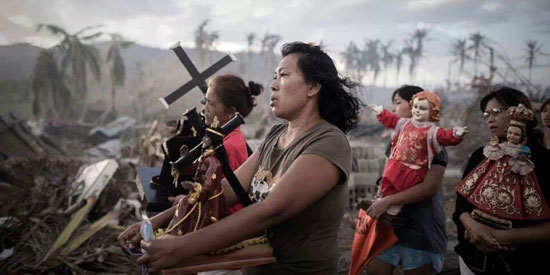 The organizers of Oplan Hatid on their Facebook accounts said they are willing, "under certain conditions," to keep the volunteer operation going: “The army MUST coordinate with us on the number of people who need a ride. We cannot control supply if we don’t know the demand. I will not ask another friend another minute of their time, or peso from their pocket, if I’m not certain that not a precious drop is wasted."

UPDATE ON OPLAN HATID. This is from the status update of James Deakin, co-founder of Oplan Hatid, which gives free transport service to typhoon Yolanda victims entering Manila.

As of 1 a.m. today, Deakin wrote on his Facebook acccount: "As many of you know now, Villamor has asked #oplanhatid to come back and resume operations.

"We have a meeting with the base commander tomorrow at 8am to discuss how we can make the most of our incredible volunteers and lessen the red tape.

"I will keep you posted on all the new developments, but right now I need to sleep. And so should you. Conserve your energy. We will be calling on you very soon."

As of 9 p.m. yesterday, also from Deakin: "The relief operation has been moved back to villamor. The col is asking our #oplanhatid volunteer group to please set up again.

"They are desperate for volunteer drivers. If you can help, go to gate 5 ASAP. Look for Juancho.

"They have 500 evacuees now and 4 flights coming in tonight.

"I swear you couldn't make this stuff up, but let's save our commentary for another time. Right now, there are more important things to focus on."

The organizers of Oplan Hatid pointed to what it called a “turf war” between the Department of Social Welfare and Development (DSWD) and the Philippine Air Force (PAF) as the reason for stopping their operations at Villamor Air Base in Pasay City.

“It is with deep sadness, anger and regret that I am announcing this on my wall. The organizers of Oplan Hatid -- me, Golda and Caryl Benjamin, James Deakin, Leah Lagmay, and my wife Cel Ocampo -- together with our close to 500 volunteer transporters, dispatchers, coordinators and marshals, will be STOPPING our service effective 12 o'clock midnight tonight, Nov. 20.

“This decision was made unanimously by the group after the DSWD and the Villamor Air Base decided to part ways -- with the DSWD packing its bags at 12 noon tomorrow to go to Camp Aguinaldo.”

Ocampo decried that a “turf war”—or a struggle for territory and control—has been going on between the DWSD and the PAF since Day 1 of Oplan Hatid’s relief efforts.

This, Ocampo claimed, “has led to confusing and arbitrary changes in rules and policies, making it difficult for volunteers and those who want to volunteer to help the survivors of typhoon Yolanda.”

Ocampo, in his post, added that he and his co-volunteers “never thought this project would end this way.”

He called the government’s policies “selfish," saying these hindered volunteers from extending help to the survivors in Leyte and Samar.

The official statement partly read: “It took me about an hour to write this very short post but that was mostly because I had to keep going back to tone down the language. So as unemotionally as I can say it, here it is:

"As of 12pm tomorrow, we are being kicked out of Villamor. Yes, all of us. We’re being shut down. Not just Oplan Hatid, but the entire relief effort, I’m told. I’m too upset to get into details, but in a nutshell, as of 12pm tomorrow, ALL evacuees will be transferred by government bus to Aguinaldo. What they plan for them there, I do not know. Nobody does. All I know is that they don’t need our help. The government, that is, not the survivors.

"The only quote I got was: ‘The public should not be asking the local government to help in this time, but the other way around.’”

Deakin also directed volunteers to coordinate with him, in private, regarding the “pull out” of the relief operations.

Volunteers began to inundate the relief operation, all thanks to social media, where word about the "free-rides" services reached netizens.

Magbanua, who was then seeking a way to join in the worldwide aid for Eastern Visayas, eagerly participated in the Oplan Hatid operations last Saturday night, November 16.

Driving his brother's van, he and a friend dropped off a family of three adults and one baby in Urdaneta, Pangasinan.

Magbanua said that the operation was a “well-organized” civilian effort recognized by the DSWD.

A registration booth was properly set up, where volunteers were to give their identification.

Following registration, volunteers were given details by the DSWD about the evacuees arriving and where they were to be transferred.

The only difficulty Magbanua encountered as a volunteer was moving inside the air base because air force officers "seemed" unwilling to coordinate with the DSWD and Oplan Hatid.

He was planning to help today, November 21, and this coming weekend, but he learned from Cel Ocampo, Deakin’s wife, via a text brigade to volunteers, that the operation had been forced to end due to a “turf war.”

Magbanua was clearly disappointed, calling this development “the most stupid thing” that could happen when volunteerism was overflowing and victims of typhoon Yolanda were receiving overwhelming help.

He said that operations for the transfer of Yolanda survivors are continuing.

He asserted, “Our service to our countrymen will continue.”

Okol informed PEP that the Philippine Air Force was given a directive by the national government to move the operations to Camp Aguinaldo.

He explained that the transfer of location was part of the government’s contingency plan, when it became apparent that Villamor Air Base offered limited capacity as a half-way site.

Camp Aguinaldo, the colonel said, has better and larger facilities to accommodate the needs of the Yolanda survivors.

He added that assistance from both the local government and civilian volunteers will continue at Camp Aguinaldo.

In an interview with PEP.ph earlier today, Casimiro said that a joint task force is now in Camp Aguinaldo.

The task force, she said, is composed of the NDRRMC (National Disaster Risk Reduction and Management Council); the DWSD; the Metro Manila Development Authority (MMDA); the Land Transportation and Franchising Regulatory Board (LTFRB); the Office of Civil Defense; and the 17 local government units.

According to Casimiro, a 3 p.m. meeting among the government agencies transpired yesterday regarding the transfer of location.

She also informed PEP that civilian volunteers were made a part of the meeting.

“WILING TO KEEP OPLAN HATID GOING.” Before noon today, Deakin posted an unofficial statement on his personal Facebook account that may start another life for Oplan Hatid.

Deakin said he is “willing to keep Oplan Hatid going” with the help of volunteers, whom he calls “angels.”

He emphasized that he is eager to continue with relief operations, but under certain conditions.

Deakin stated these conditions [reworked only for paragraphing, to make easier reading online]:

“The army MUST coordinate with us on the number of people who need a ride. We cannot control supply if we don’t know the demand.

"I will not ask another friend another minute of their time, or peso from their pocket, if I’m not certain that not a precious drop is wasted.

“1) Give us bus schedules and numbers.

"Ideally, whoever is receiving the survivors in Villamor should already ask the transport requirements of the victims before boarding the bus to Aguinaldo so we can manage the volunteer drivers.

"We cannot ask people to wait around for 6 hours just to give someone a ride home.

“2) The LGU’s have to commit their vehicles. Volunteers are only to willing to help, but you guys need to match the effort.

"Because when donor fatigue starts to kick in (let’s face it, we all have jobs, too) the LGU’s need to pick up the slack.

"Laguna and a few other cities have already been sending for their constituents, it is time every city followed suit.”

WHY THE CHANGE OF HEART? Deakin also said in his Facebook account that many neitizens responded to the official statement he posted last night regarding the cessation of Oplan Hatid’s relief operations.

What made him post this latest personal message was, he said, “waking up to thousands of messages from people who have given their time, cars, money, love and compassion so selflessly…”

He admitted, also on Facebook, that he realized “how selfish it is to put my own feelings before the needs of the real victims here."

He added, “Yes we can be angry, but that doesn’t mean we can’t be helpful at the same time, and after looking back on the tone of some of my comments, I can see how it may have a negative effect and discourage some people from keeping the fight going. And that is the last thing we need right now.”

Deakin concluded, “This is is just one short mile in the long road to recovery. And we need to pace ourselves if we want to really help.

“Ranting is not helping––no matter how justified it may be.”