K-POP NEWS: Sandara Park and 2NE1 to make a comeback in Manila after two years 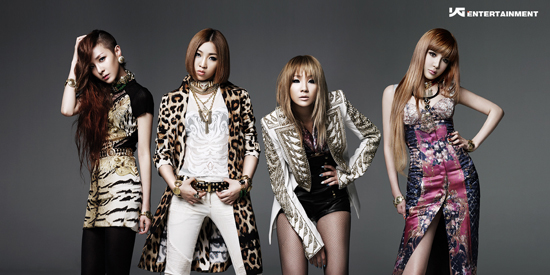 2NE1, composed of (L-R) Sandara Park, Minzy, CL, and Park Bom last visited the Philippines on June 4, 2011 for their 2NE1: The Party in Manila held at the Smart Araneta Coliseum.

After the huge success of their New Evolution World Tour in 2012, 2NE1 will make a comeback on the concert stage after a year and three months.

2NE1 will kick off their world tour in Seoul, South Korea, for a two-night concert on March 1 and 2 at the Olympic Park SK Handball Stadium.

Filipino Blackjacks, 2NE1's fan club name, received their biggest Christmas surprise yet as Sandara, runner-up of ABS-CBN’s Star Circle Quest Season 1, announced on her Twitter account last December 26 that Manila is included in the 13 cities (or more) that their group will be visiting for their concert.

Sandara, now known as Dara, expressed her excitement over their stop in Manila on May 17 because 2NE1 will be celebrating their fifth anniversary on that day.

Unlike their previous concerts, 2NE1 and their management, YG Entertainment, did not disclose any information about the concept and the title of the concert.

The girl group will return in the Philippines two years after their first-ever major solo concert, titled 2NE1: The Party in Manila, held at the SMART Araneta Coliseum on June 4, 2011.

Read: Sandara Park and 2NE1 show Manila how to Party!