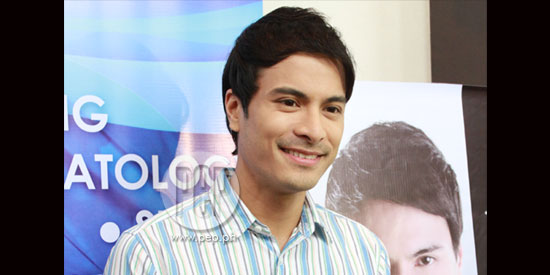 Rafael Rosell on the political system in the Philippines: "It’s an ego- and personal-driven organization, e, dahil the rest of the people are suffering, but they’re the ones who are thriving. If you’re a good leader, you’re supposed to help the people thrive."

Saad ng opinionated Kapuso actor, “To be honest with you, I want to run for something.

"But I don’t believe in the system, I’m sorry.

“You can write that down if you want, pero this political system, I don’t believe in it.

“It’s not going to work, so stop with the illusion of voting and calling it democracy.”

Patuloy pa ng Fil-Norwegian actor, “To be part of the decision-making once every four years? That’s not democracy, di ba?

“So stop with the illusion already.

“I think a new system is better, we have to put the system down because the people are suffering.”

Paliwanag niya, “Because I don’t believe in them.

“I’m sorry to say this, I’m sure there are good politicians out there, but the representatives are there right now, and how it’s been throughout the years, I’m never gonna believe it.

“I mean, I believe the goodness in people.

"But with the political system now, it’s not gonna work… I’m sorry.

“It’s an ego- and personal-driven organization, e, dahil the rest of the people are suffering, but they’re the ones who are thriving.

“If you’re a good leader, you’re supposed to help the people thrive.

Paglalarawan pa ng aktor, “They call him the poorest President in the world.

“Because he lives in a small house with his family and he gives eighty percent of his earnings back to the people.

“He keeps twenty percent, which is enough for him and his family to live... okay lang.

“And he works two to three hours a day because the people are not complaining. Can you believe that?

“He goes to the office, and after two to three hours, he goes back home to spend time with his family.

“No people are complaining; Uruguay is a happy country.

“Ngayon, check this out, the rest of the world is calling him the ‘poorest President’ because they base their knowledge on money.

“Pero ako, I base my success and wealth on time and what you have with your family—I think he’s the richest!

“He has no problems, no one’s complaining, walang gustong pumatay sa kanya.

“He spends three hours at the office and the rest of his day with his family.

“Tapos, eto pa," patuloy ni Rafael, "like all the profits, dahil I think he just legalized ano, e, marijuana, for recreational purpose din, he put it down to one dollar, which kills the black market.

“So ngayon, the people, they have the purest high-grade and the best medicine, so the people aren’t complaining.

“Eto pa, all the earnings from that, it’s not even going to taxes, it’s going straight to education.

“You know why? Because a government can’t fool the people who’s educated.”

“We’re so neutralized, we’re so desensitized to the wrongdoings to us na binabalewala natin, e. No research.

“Are they fixing the pipelines or the underground tunnel sa The Fort? Ano ba talaga?

“Yeah! They get profit. But us, the people, don’t.

“Why don’t we question their profit then?

“And I also think our curiosity throughout the years dito sa Pinas has been so desensitized.

“Exactly, and I think the government is taking advantage of that,” pananaw ni Rafael.