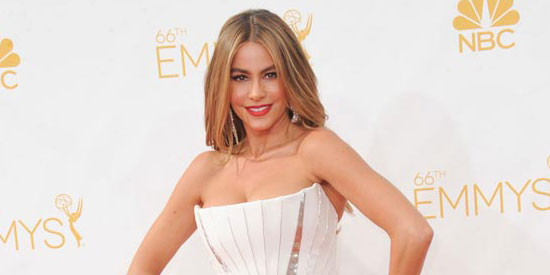 Modern Family star Sofia Vergara reportedly raked in an estimated $37 million between June 2013 and June 2014, putting her at the top of Forbes magazine's annual list.

Sofia Vergara has been named the highest paid US TV actress for a third year running.

The Modern Family star—who earns $325,000 for each episode of the comedy series—reportedly raked in an estimated $37 million between June 2013 and June 2014, putting her at the top of Forbes magazine's annual list.

In addition to her lucrative acting career, the 42-year-old Colombian actress, who is dating former True Blood star Joe Manganiello, also made millions from her numerous endorsement deals with Diet Pepsi, Cover Girl, Kmart, and other companies.

Other actresses on this year's list include Grey's Anatomy star Ellen Pompeo, 44; Girls creator and star Lena Dunham, 28; The Good Wife beauty Julianna Margulies, 48; and Cobie Smulders, 32, from How I Met Your Mother.