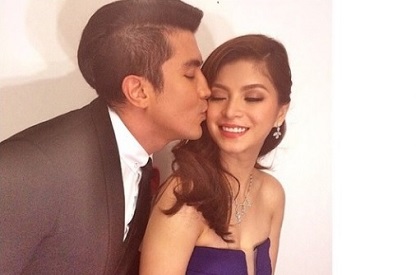 Luis Manzano and Angel Locsin are not yet engaged, but they are already discussing details of their wedding.

In an interview with ABS-CBN News, he was quoted as saying: "Kumbaga, things are starting to fall into place. We are starting to have a clearer picture kung ano ang gusto namin for the wedding."

A lot of celebrity couples got engaged and tied the knot in 2014.

Luis hinted that when the time comes for him to propose to Angel, he will keep it low-key.

"The proposal itself, I would rather keep it private. Hindi ko naiisip gawin sa TV.

POLITICS. There have been rumors circulating that the son of Batangas governor Vilma Santos is eyeing politics.

Will he run for a government position in 2016?