Matteo Guidicelli on settling down with Sarah Geronimo: "May times na pinag-uusapan namin..." 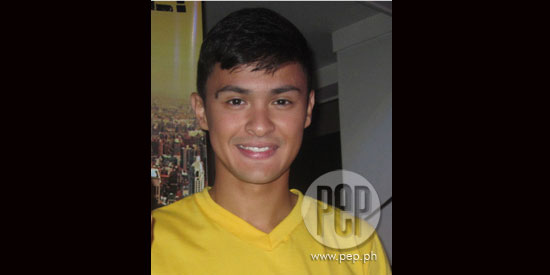 Matteo Guidicelli admits that he and girlfriend Sarah Geronimo have been having initial talks about settling down but "nothing concrete" yet.

Matteo was asked why he is suited to be an endorser of an energy drink.

He was interrupted by loud cheers from the crowd.

When did he last say to Sarah na "gusto ko pa"?

"Araw-araw!" he said with a laugh.

How did they celebrate Valentine's Day?

In a previous interview, Sarah hinted that she and Matteo have been talking about marriage.

When PEP.ph (Philippine Entertainment Portal) asked Matteo if he and Sarah have been talking about settling down, he confirmed this by saying:

"Nothing concrete or anything. There's just ideas."

The actor is already training for the Ironman competition that will take place in Subic this March.

"My next competition is in two weeks. We have an Ironman," he disclosed.

Will he invite his girlfriend to watch him compete?

Has he thought of inviting Sarah to try taking part in a race?