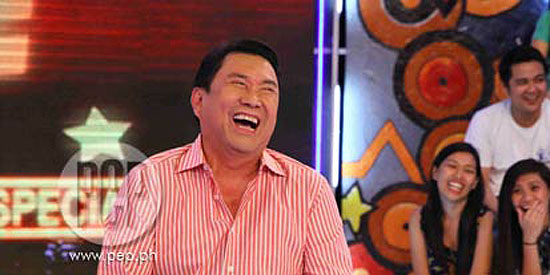 “Parents who have children studying at the College of St. Benilde (CSB), pay attention!

“Prohibited drugs are sold by some CSB students on and off campus.

“I learned about this from my daughter, a student of the school, and some of her classmates.

“I want my fellow parents to know so they can take proper action to protect their children.

“My daughter came home several nights ago, her eyes drooping.

“She admitted to her mom that she had taken Valium, a depressant, which she and her classmates bought from a fellow CSB student.

“When her mom and I searched her bedroom, we found a sachet of marijuana. She said she bought it from a pusher in one of the coffee shops near the school.

“Upon further questioning, we learned that my daughter frequented three coffee shops near De la Salle University and CSB where students from both schools hang out.

“The coffee shops are Beach, Barn and Plato where students buy drugs from fellow students and other pushers.

“I learned that these establishments have been raided by the police several times but they remain open.

“I went to CSB yesterday (Monday) to inform school authorities about the drug problem among their students but nobody wanted to talk to me.

“I called the office of the CSB president and vice president from the lobby of the SBA building.

“The person who answered the phone said both officials were not available.

“I asked if there were other responsible officials I could talk to and stated my purpose, but was told I would have to wait for 15 minutes. Fifteen minutes turned into an hour so I left disgusted.

“I know that by writing this I would be exposing myself to embarrassment and my daughter to reprisal but I’m concerned about the other children and their parents.

“I learned that the students who push drugs at CSB are scions of rich or influential families.”

Dagdag pa niya sa kanyang panulat, “Based on the reception they gave me yesterday, it seems College of St. Benilde officials are not concerned about the welfare of their students.

“In another school, authorities would have fallen all over themselves trying to hear the complaint of a student’s parent.

“Before I left CSB, I gave my number should the school authorities want to talk to me, but up to the time I finished writing this column, I didn’t hear from them."

Ayon sa tweet ni @Nastassjatulfo: “Ruining the name of CSB wouldn’t solve our family problems nor fixing the current issue. You just ruined the family and me.”

Isa pa niyang tweet ay nakasaad ang ganito: “Be careful on what you say. And honestly you don’t know everything. So shut the f**k up."

Sagot naman ni Nastassja sa isa niyang follower: “@suppgab: I actually want to know what he wanted to achieve by publishing that article. Hmm? Probably get me killed.” 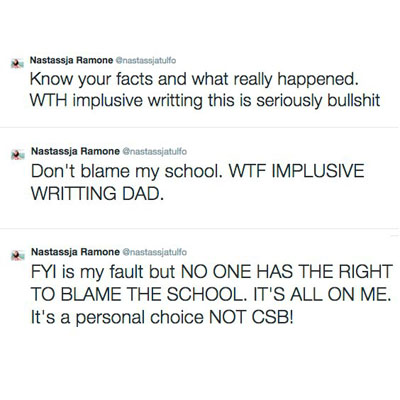