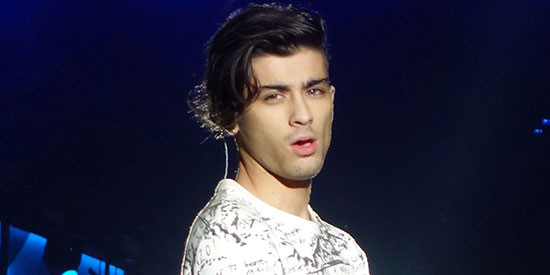 Material thought to be Zayn Malik's first solo offering since he quit One Direction last week has been found to be a clip of an old One Direction track which didn't made it onto their album Four.

The track—which was posted by the producer onto online streaming service Soundcloud—was believed to be the 22-year-old singer's first offering since he left One Direction last week.

But it has now been discovered the single "I Won't Mind" was recorded during his time with the band and didn't make it onto their album Four.

An insider said: "It's important fans know this isn't a solo Zayn song or even representative of material he might record in the future.

"If you listen to the track, it is clearly a song written with One Direction in mind for their last album.

"It's not new, nor is it a Zayn Malik solo track."

Shortly after revealing the news he had quit the group to lead a "normal" life, Zayn was spotted heading into a recording studio with the 30-year-old DJ fuelling rumors he was already working on his own material.

Naughty Boy, whose real name is Shahid Khan, then posted the track online along with the caption: "let the music do the talking guys. thank us later. :) x."

However, a representative for the "La La La" hitmaker has since confirmed to MailOnline: "Naughty Boy and Zayn wrote and demoed it as a contender for 1D's album last year."

Naughty Boy had previously angered the heartthrob's former bandmates, with pal Louis Tomlinson clashing with him in a series of tweets shortly before the demo was uploaded after he posted a negative video about the band which upset their fans.

He wrote: "Wow @NaughtyBoyMusic you're so inconsiderate pal, seriously how f***ng old are you? Grow up! #masterofallwisdom

"I was talking about the video you tweeted. Clearly trying to wind the fans up! Well you succeeded anyway. Fair play"

The 23-year-old singer later took to Twitter again to change the subject by thanking the One Direction fans, known as Directioners, for their support.

In a series of tweets, he wrote: "Always have struggled to bite my tongue

"Big love to all our fans! Seriously thank you you guys have been unbelievable, can't wait to play Cape Town. Gonna be a BIG show!!!"