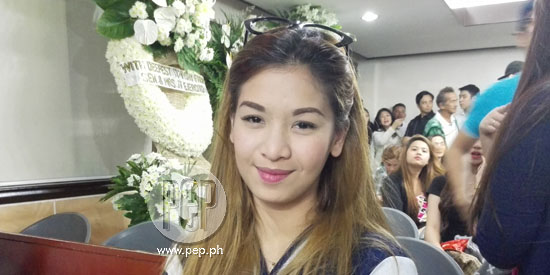 Ayon sa post kahapon, April 1: “The viral video of Mich singing at the hospital was edited to cut out its reverse angle. They made that scandal for attention.

"This video tells the TRUTH about that controversial video.

"That video of Mich Singing at the Hospital was edited to cut out the reverse angle. The reason the woman in white (The Buzz) and the mother were asking the singing to be quieter is because they were conducting an interview.

“Here is a video with the TRUTH and you will see for yourself. At the end of the video, you will see Jam moving to the music and Jam's friends and family dancing and singing badly (In Fun) at the end.

"End of story. This is 100% proof that the person, with this fake page, afraid to actually make these comments as themselves, has no idea what they are talking about and completely made up this scandal for attention.

“https://www.youtube.com/watch?v=c4jwPpMDnQg - As for why did they make videos of it? Everyone, not just Mich Liggayu, even Jam's family was taking video.

“And, if you were fans of JaMich, then you know that Jam and Mich took video of everything in their life, and why would you expect that to change even at the end, if that is who they are?

"Now that you have video proof from the other angle, please take this down and stop destroying the amazing gift that Jam's last wish was to Jam, his family and us.

“I love you guys, and I respect that you loved Jam this much to protect him even after death. But, this is not the right way.

"Jam would never have wanted this kind of attack on anyone.. RIP Jam.."
(c) David Rodney

The viral video of Mich singing at the hospital was edited to cut out its reverse angle. They made that scandal for...