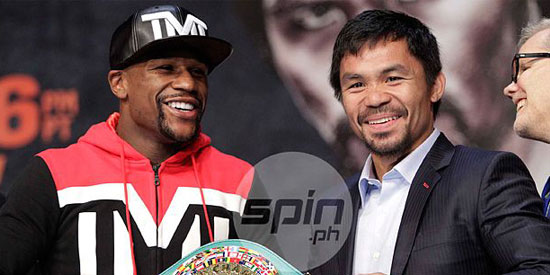 Filipinos are brimming with excitement with only two days to go before People’s Champ Manny Pacquiao’s highly-anticipated fight against Floyd Mayweather Jr.

Manny is set to prove that he is the best fighter in history with his 57-5-2 and 38 KOs record, while Floyd will try to keep his record 47-0 and 26 knockouts pristine as ever.

But before these two boxing legends step on the ring at MGM Grand Arena on May 2 (May 3 Philippine Time), Healing Hearts stars Kristoffer Martin, Joyce Ching, and Angelika dela Cruz share their good wishes for Manny, as well as their prediction of his performance in the fight of the century.

KRISTOFFER MARTIN. Kristoffer admits he only watches boxing because of Manny, who holds the record as the only boxer who won in eight world division titles.

Kristoffer adds that it would be a big slap on Floyd’s face should Manny prevail on May 2.

Asked about his prediction for the fight, Kristoffer replies he’s hoping for a knockout in favor of Manny.

JOYCE CHING. On Joyce’s part, the first thing she admires about Manny is his strong faith in God and how he inspires the people surrounding him with it.

"Sure na ‘yan! Mananalo ‘yan,” Joyce declares with much optimism.

Asked about her fearless prediction of the fight, Joyce says she wants Manny to knockout Floyd for a sure win.

"So make us proud," Angelika beams.

Just like her Healing Hearts co-stars, Angelika is hoping for Manny to bring home the bacon with a knockout victory.