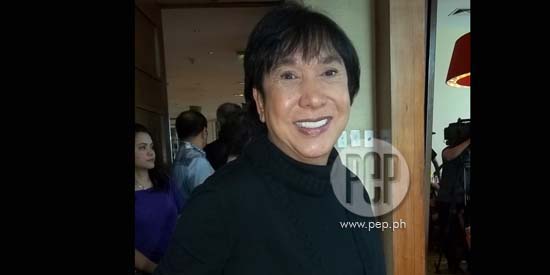 “First and foremost, the Ricky Reyes Corporation would like to issue a clarificatory statement regarding discriminations that has been hurled against the company by a former employee of the Gandang Ricky Reyes Salon.

“In this case, the statement of former employee, Mr. Renato Nocos. Basing on our records, Mr. Nocos became ill in the year 2013.

"The company allowed him to go on sick leave paying him his monthly salary in full. This went on for 6 months.

“After that period, he recuperated from his sickness. He presented to head office a medical certificate stating that he is fitted to work again.

"So the head office assigned him to a salon branch in España, Manila. But again, after some time, his illness had recurred again and went on sick leave again for 3 months, with payment of his full salary.

“He reported back to the salon branch, his illness has been on and off and sad to say, the salon was not doing good since it started business, so management decided to close shop.

“At this point, the employees that were affected by the closure of the salon was told to wait a while until management could relocate them to other salon branches and it was best for Mr. Renato Nocos to recuperate and have complete rest until such time that we could hire him again.

“But Mr. Nocos demanded to still have his salary in full which management declined. But then the company waited for him to report back which he never did.

“There has never been a case of such experienced by the Ricky Reyes Group of Companies for the past 4 decades in the business.

"So in the highest degree of respect to persons, we will not allow such actions whether it comes from the management or up to the rank and file to allow such discriminations to occur.”