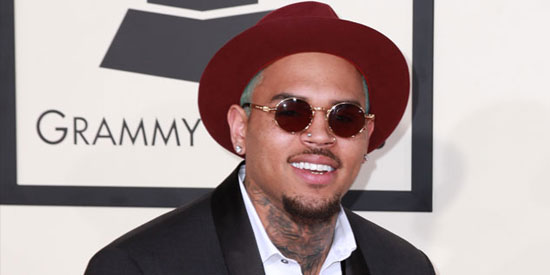 Chris Brown has finally secured an Emigration Clearance Certificate (ECC) from the Bureau of Immigration at around 4 P.M. this Friday, July 24. This means the American singer is now free to leave the country since he has no pending obligations despite INC's estafa allegations.

Two days after he was placed under the Philippine immigration’s lookout bulletin, American singer Chris Brown finally secured the necessary papers to leave the country.

According to dZBB Super Radyo’s Twitter post this Friday night, July 24, Bureau of Immigration (BI) spokesperson Elaine Tan stated that Chris was able to secure an Emigration Clearance Certificate (ECC) from the BI's Makati headquarters at around 4 P.M.

Pursuant of Article 22-A of the Philippine Immigration Act, foreign nationals are required to apply for an ECC to ensure that he has no pending obligations in the country.

Tan: ECC issued by BI Makati Office around 4:30pm today after verifying that Chris Brown has no other derogatory record. | @CecilVillarosa

DELAYED NOT BARRED? The 26-year-old R&B singer arrived in Manila for a concert at the Mall of Asia Arena last Tuesday night, July 21.

But he was allegedly barred from leaving the Philippines the next day due to DOJ’s lookout bulletin order as well as his lack of ECC.

This stemmed from the request letter of Iglesia Ni Cristo (INC) chief legal counsel and chief operating officer of Maligaya Development Corp. Glicerio Santos IV to the Department of Justice (DOJ), asking for assistance amid their estafa allegations against Chris and his promoter John Michael Pio Roda.

It will be recalled that Chris failed to show up at INC’s New Year Countdown at the Philippine Arena last December 31, 2014 despite having received advance payment for the show.

Chris, for his part, previously claimed that he lost his passport and therefore cannot leave the States at the time.

But in a statement published on GMA News Online last July 21, BI spokesperson Elaine Tan clarified that the lookout bulletin order from DOJ against Chris is technically not a hold departure order that bars him from leaving the Philippines.

She further explained: "As the name suggests, the order merely directs the BI to be on the 'lookout' and take prudent steps to verify on the status of the criminal case against the subjects.

“If the concerned agency raises no objection to the departure, then we will allow the subject to leave.”

But despite INC’s allegations, the BI spokesperson stated that Chris has "no deragatory record" to prevent him from leaving via his private private plane anytime tonight.