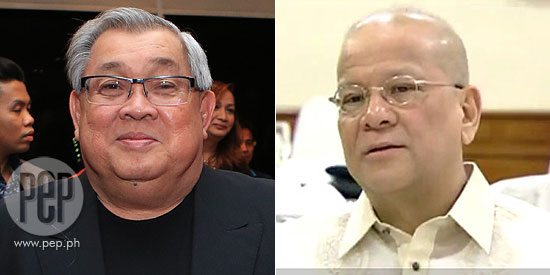 Sabi sa isang bahagi ng official statement ni Gozon: “The Php 1 Billion remains in the custody of Atty. Gozon and has been deposited with a reputable universal bank, to answer for the damages that the Gozon Group has sustained by reason of Mr. Ang’s violation of his obligation to negotiate in good faith, to execute and conclude the Transaction Documents, and close the Transaction pursuant to the Term Sheet dated June 23, 2014 among the parties.

“The bases of retention: the Gozon Group’s right of retention under the Term Sheet [Item 8, third bullet point], and the Civil Code of the Philippines. As a consequence of Mr. Ang’s violation of his obligations in law and in contract, the Gozon group has reserved its remedies.

Paliwanag ni Ang ukol dito, "I filed the complaint-affidavit on the good faith belief that the respondents committed estafa/syndicated estafa in refusing to return my downpayment of P1 billion.

“However, after re-examining all the facts and attendant circumstances, including the subsequent return of the downpayment, I have come to the decision to withdraw the complaint-affidavit and voluntary desist from prosecuting this case.”

"Atty. Felipe L. Gozon welcomes the Department of Justice’s dismissal of the complaint filed against him by Ramon S. Ang.

"The settlement agreed upon by Ang and Gozon – through the efforts of a common friend – was reasonable and was mutually accepted by them.

"Ang received back his P1 billion from Gozon and, in return, Gozon received a substantial amount from Ang.

"The parties agreed to keep the details of their settlement confidential. Gozon said that there was clearly no basis for the charge of estafa – much less syndicated estafa – as there was absolutely no deception or fraud employed by the Gozon Group in the sale transaction of their GMA shares to Ang."