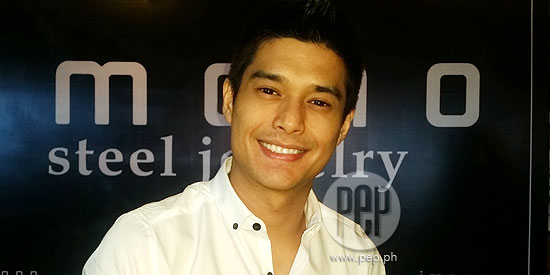 While he’s admittedly dating a non-showbiz girl, Kapamilya actor JC de Vera maintained that they are not officially in a relationship yet.

JC was careful not to disclose details about the girl’s identity, except to say she’s “younger” than him and has “no connection” in showbiz at all.

At the same time, JC said that he’s not in a rush to enter a commitment, especially now that he’s busy with the upcoming drama series You're My Home and the weekly gag show Banana Split.

Based on JC’s dating history, he previously admitted to having had romantic relationships with more or less 10 female celebrities.

But the actor stressed that this doesn’t mean he’s a love-them-and-leave-them kind of guy.

“Never naman ako nagsabay [ng girlfriend]. As in, one by one lang talaga,” he beamed.

If there’s one thing he learned about handling relationships, it’s the importance of a couple’s willingness to make things work despite their differences.

Since the girl he’s currently dating is not from showbiz, JC said that he tries his best to win her trust.

“So, you have to explain every single detail na ginagawa.

Is the girl demanding when it comes to his time?