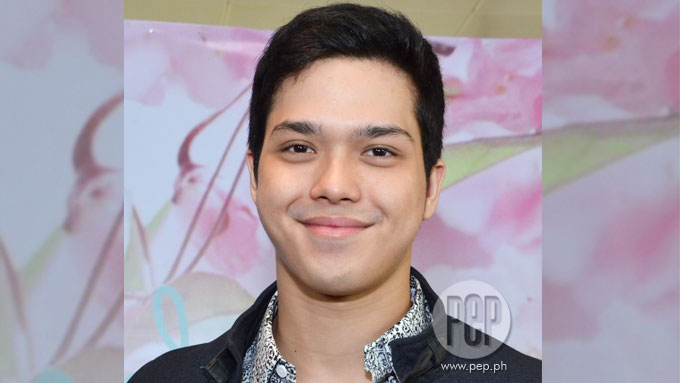 Elmo Magalona is now a Kapamilya.

In a presscon after his contract signing with ABS-CBN executives, Elmo clarified speculations that he made the big switch because he felt neglected in his former home network, GMA-7.

He said, “Hindi yun part of the [deciding factor].

Without going into details, he maintained that he has no bad blood with GMA-7 after he decided to transfer to ABS-CBN.

NOT AN EASY DECISION. Elmo clarified that his contract with GMA Network ended sometime between "mid-August to early September."

“Few weeks after natapos contract ko sa GMA, that's when I got my offer.

“Everything was [surreal], it just happened,” he related.

Elmo also admitted that making such a big career decision wasn't easy for him.

“It took a while, it was a thinking process talaga.

When he finally got an offer from ABS-CBN to do a teleserye, Elmo jumped at the chance to do something new.

He added, “In the end, yung offer po dumating.

Elmo kept mum, however, when asked whether or not the GMA management made a counter-offer before he transferred to ABS-CBN.

He simply answered, “Like I said, it wasn't really easy, but I just wanted to try something new."

Elmo's last regular show on GMA was the primetime series More Than Words, which paired him with girlfriend Janine Gutierrez.

TEAMUP WITH JANELLA SALVADOR. For his first project as a Kapamilya, Elmo is slated to star opposite Janella Salvador in ABS-CBN's upcoming teleserye Born For You, to be shown in early 2016.

Janella, 17, even joined Elmo for the official announcement of their teamup at the same presscon.

Asked about his first impression of Janella, Elmo said that she is bubbly and very energetic.

Given their common interests, Elmo is confident that he and Janella will easily establish rapport on and off cam.

“I think it's cool na parehas kami coming from a family of musicians," he beamed.

Elmo Magalona to star opposite Janella Salvador in ABS-CBN's upcoming teleserye Born For You. #pepalerts

Elmo added that Born For You will tackle romance, family drama, and a lot of fun soundtracks.