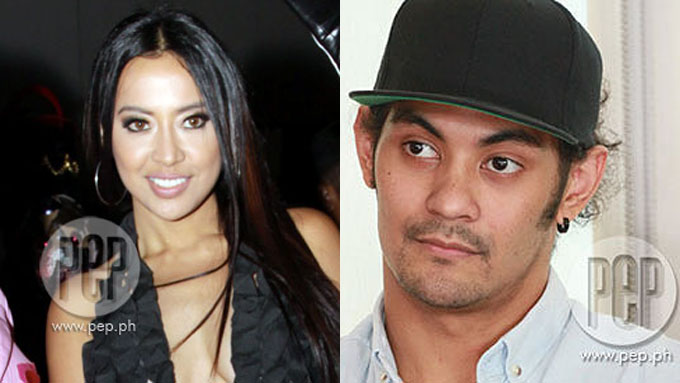 Saad sa nasabing open letter: “Your own father had a girlfriend and at 19 years of age, he got another girl pregnant whilst still in another relationship.

“That other girl is your mom. His girlfriend was Felichi Pangilinan, your mom’s younger sister.

"So stop talking about womanizing, values, morality, and loyalty when your own parents did not exactly do the right thing either.”

“How come you never condemned your parents? And by the way, that child who was conceived out of indiscretion is you (not that it’s your fault.)

“I am not supporting any candidate nor am I condoning infidelity but look within your own family before becoming too opinionated and judgmental about someone else’s life.

"This is not about politics. Don’t tackle an issue that once hounded your own family. Yours is not perfect either.

“By the way, I like Gary V because he is a good singer and not because he was a womanizer.

“A lot of people support and admire Gary because of his talent. They did not judge his faults. Look the story up on Google and on YouTube (Angeli and Felichi opened up about it on the 700 Club show)."

"MORALIST OR PRESIDENT?
(My reaction to Gab Valenciano's FB post )

"Many anti-Duterte focus on the issue of morality. But the real question is - do we need a good role model or a capable President?

"Simple lang naman po ito, our country is so sick and we need a good doctor to help us.

"And here come the moralists questioning the doctor's righteousness and morality?

"Shouldn't we be more concerned about the doctor's experience and capability to treat disease and illness?

"Now do you get my point? If you want a morally "righteous" leader then let's vote for the priests and the religious people.

"Morality should not be the deciding factor in choosing our next president.

”Mr. GAB VALENCIANO, I remember you posted a few months ago on your FB that you "don't owe it (Philippines) a thing" and now here you are tweeting your sentiments toward our country - "how socially uneducated the country has become. What has happened to my fellow countrymen? It’s so sad". (@gabvalenciano twitter)

“Wala ka namang alam sa tunay na kalagayan ng mga Pilipino because you were born with a silver spoon in your mouth and you are not even here.

“You don't know what's really happening in our streets. Our country is radically ill and we need a radical leader to create radical change.

“We need a leader who's willing to sacrfice himself for the sake of his country.

"I do not care if I burn in hell for as long as the people I serve live in paradise" - Davao City Mayor Rody Duterte.
#duterte2016 #dutertetunaynatao

"Gab seems to teach us about morality by tagging Duterte as "immoral", but he doesn't know what he's talking about.

“So, with the above-mentioned characters, where would Duterte fall? WOMANIZER AND ADULTERER? Gab also made a remark that Duterte is a MURDERER and a THIEF.

“Gab is known as a child who came from a family with a very religious background, but that doesn't give him an excuse that he never committed any immorality at all. Remember, all Saints came from a dark background with different characters before they became the disciples of God.

“If there is someone who is unfit to lead the country, it is she who has exalted herself above God, our Creator and Savior!

“SOMEONE WHO UNDERESTIMATES GOD CAN PUT US ALL IN DANGER LIKE A BLIND PERSON WHO CAN'T SEE THE RIGHT PATH BUT TO THE WAY OF DESTRUCTION.

“EVERYONE HAS A RIGHT FOR HIS/HER OWN BELIEF BUT I WOULD NEVER LET AN ARROGANT BLIND PERSON LEAD THIS COUNTRY! I'D RATHER HAVE A PUBLIC SERVANT WHO DOESN'T EXALT HERSELF/HIMSELF BUT SOMEONE WHO IS HUMBLE AND RECOGNIZES WHO THE REAL MASTER IS! SOMEONE WHO DOESN'T KNOW GOD HAS NO LOVE! SO, HOW CAN SHE LOVE ANYONE OR THIS COUNTRY IF SHE HAS NO LOVE BUT ONLY FULL OF HATRED IN HER HEART?"

MY (MYSTICA) REACTION TO GAB VALENCIANO ON FACEBOOK:Gab seems to teach us about morality by tagging Duterte as "...