It was unclear what specifically prompted the ABS-CBN actor to write this message, but he further elaborated on his call for social awareness in the comments section.

Daniel responded to a number of followers who reacted to his post.

One netizen posted a quote from civil rights activist Mahatma Gandhi, "Be the change you want to see in the world. - Mahatma Gandhi.

"If we want to change the world, one of the most important things you can do is to work on ourselves first.

"By changing yourself first, you become an example for others to follow.

"You are motivating them by your transformation and your example of how it could be. #PagbabagoParaSaPilipinas" 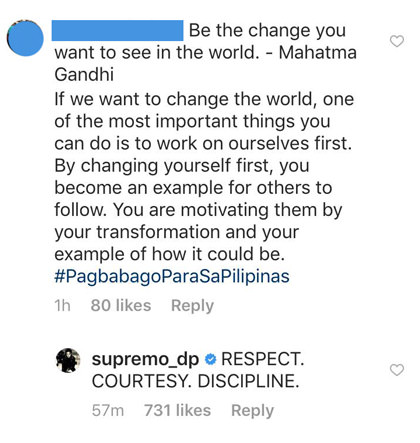 The actor-performer seconded the motion, "MISMO." 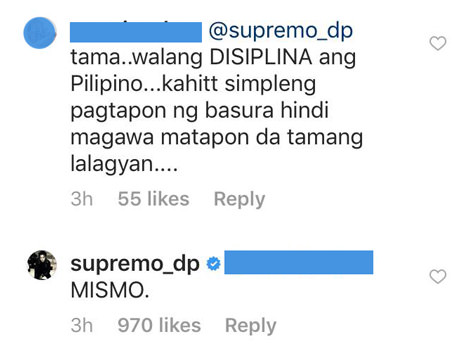 One fan lauded Daniel for using his platform to promote social change.

The comment read, "I really appreciate how artists like you have a deep sense of what's around them...

"You're right. It should start in every human being...

"If you're planning to start an advocacy for it, I'm for it!" 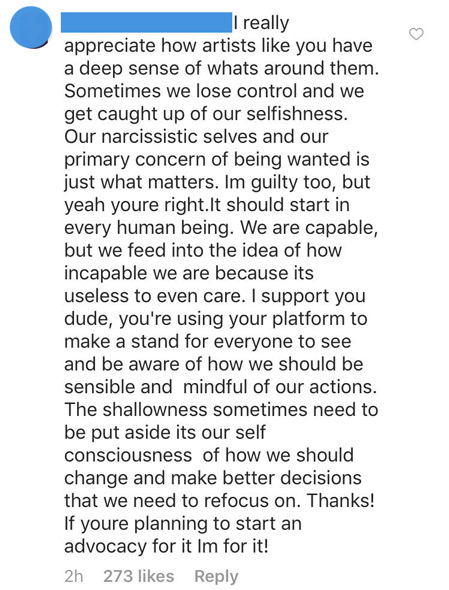 Daniel then encouraged the fan to spread the message of change.

Meanwhile, some followers were taken aback by Daniel's words.

One netizen tried to assure the Kapamilya heartthrob that the problem will be solved eventually. 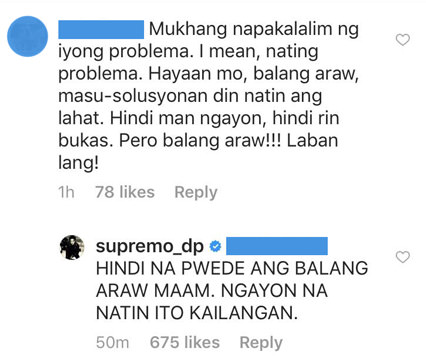 Some fans asked Daniel to just focus on his relationship with reel and real-life partner Kathryn Bernardo instead.

But Daniel was firm in saying that he cannot enjoy life when there are more pressing issues. 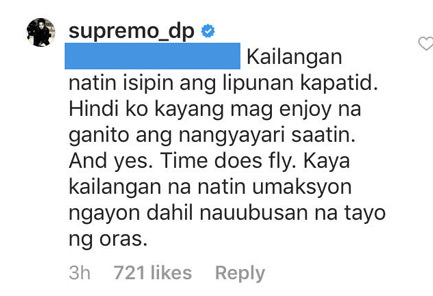 One netizen questioned Daniel's post by reminding followers that his father, Rommel Padilla, is running for congressman in the 2019 mid-term elections.

Early this year, Daniel accompanied his father to the Comelec office in Cabanatuan City to show his support for his father's congressional bid in Nueva Ecija . 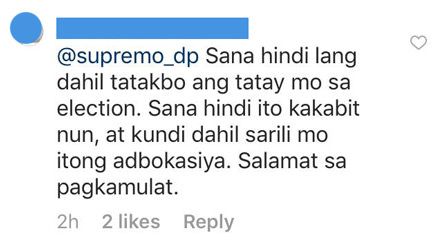 Karla Estrada, Daniel's mother, replied to this comment to defend her son.