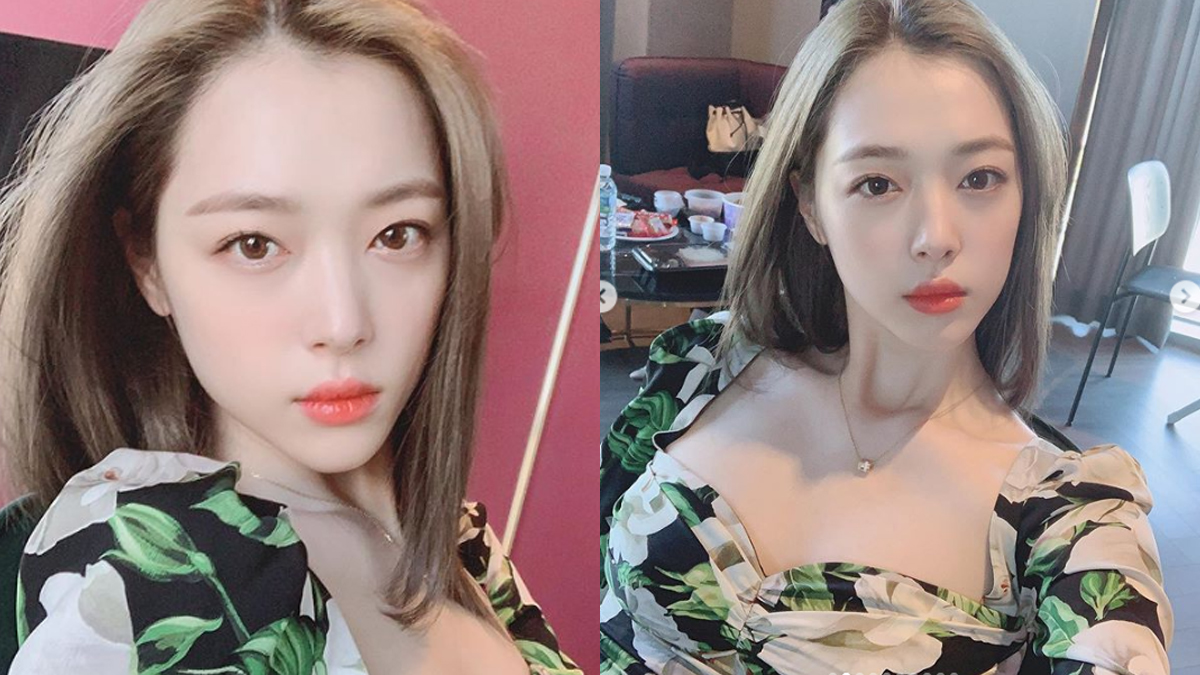 Former f(x) member Sulli was found dead by her manager at her home in Sujeong-gu, Seongnam-si, South Korea, at around 3:21 P.M. KST on October 14, Monday.
PHOTO/S: @jelly_jilli on Instagram

K-pop fans around the world are in shock with the news about the sudden passing of singer-actress Choi Jin-Ri, better known by her stage name Sulli.

According to a report by SBS Star, Seongnam Sujeong Police Station confirmed that the SM Entertainment talent was found dead by her manager at her home located in Sujeong-gu, Seongnam-si, at around 3:21 P.M. KST on October 14, Monday.

Initial reports point out that Sulli died in an apparent suicide. She was 25.

South Korean police are still investigating the exact details of her death, and whether she left a note.

In 2016, Sulli was also rumored to have attempted suicide after reportedly having relationship problems with her former boyfriend, Dynamic Duo's Choiza.

Sulli began her career as a child star through the SBS drama Ballad of Seodong (2005).

In 2009, she officially debuted as a member of the South Korean girl group f(x). Other members of the group include Amber, Krystal, Luna, and Victoria.

In 2012, she starred in the hit romantic-comedy series To The Beautiful You, which also starred SHINee member Choi Min Ho. The series also aired in the Philippines, via ABS-CBN, in 2013.

Sulli officially left f(x) in 2015 to focus on her acting career, but remained with SM Entertainment.

She made her comeback in the music scene as a featured artist on Dean's 2018 single "Dayfly."

Sulli made her solo debut last June with the single album "Goblin."

She also had a cameo appearance in the recently-concluded K-drama Hotel De Luna, which starred K-pop star IU and actor Yeo Jin Goo.

SM Entertainment has yet to release an official statement about the passing of Sulli.