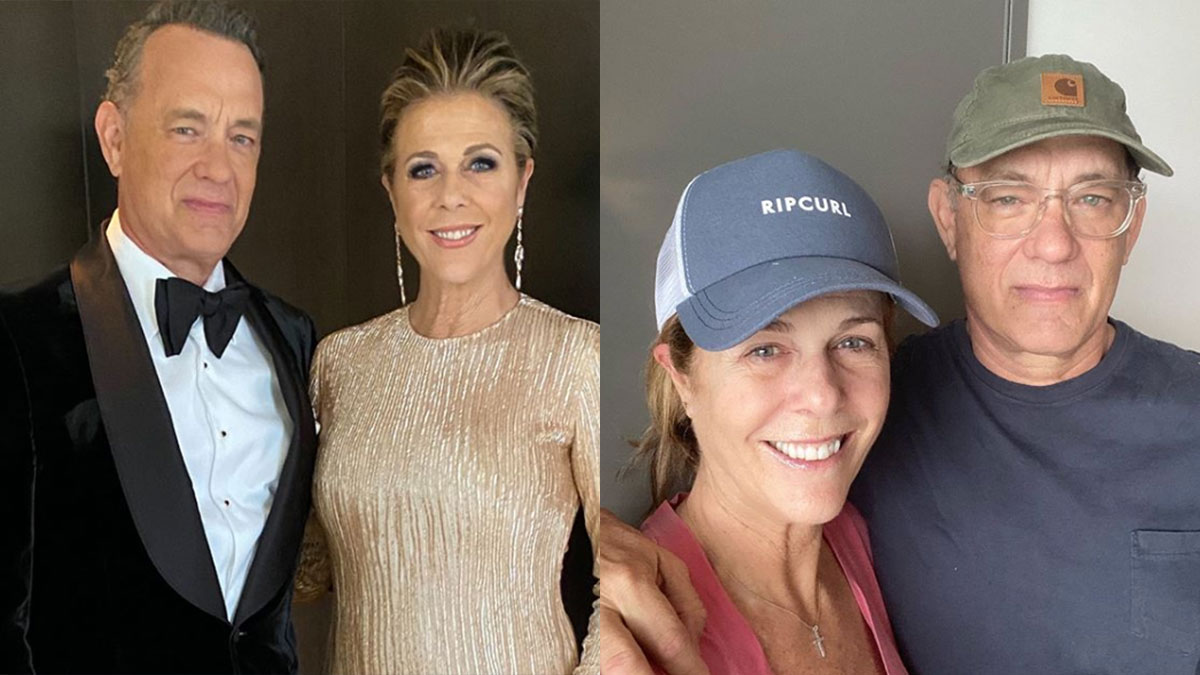 "Going to take a while, but if we take care of each other, help where we can, and give up some comforts... this, too, shall pass," says Hollywood actor Tom Hanks. While he admits that it's hard to stay put, he appeals to people to stay home.
PHOTO/S: @ritawilson / @tomhanks Instagram

Hollywood actor Tom Hanks and his wife Rita Wilson are back in Los Angeles, California, 16 days after announcing they were positive for COVID-19.

They returned from Australia after completing the required quarantine protocol necessary for permission to travel.

A report from Daily Mail Online shows a photo of Tom alighting from a private jet and another one of him driving a car with his wife on the passenger seat.

Tom and Rita are the first Hollywood celebrities who went public about catching the deadly novel coronavirus.

Tom was filming an Elvis Presley movie in Australia when he and his wife fell sick with "colds" and "slight fevers." They also complained of having "body aches" and feeling "a bit tired."

They both tested positive for COVID-19, and had this fact announced via social media on March 11 (U.S. time).

By March 16, they were reportedly discharged from the hospital, and then finished a period of self-quarantine in their Australian home.

A DOSE OF HUMOR DURING RECOVERY PERIOD

In a series of tweets, Hank keeps his fans up-to-date with his and Rita's recovery.

Except for some mild symptoms, Tom says he didn't register a fever throughout his illness.

"Hey folks. Good News: One week after testing Positive, in self-isolation, the symptoms are much the same. No fever but the blahs.

"Folding the laundry and doing the dishes leads to a nap on the couch."

Ever the witty actor, Tom quips that the only "bad news" was that his wife Rita kept beating him at Gin Rummy, a card game.

"My wife has won 6 straight hands of Gin Rummy and leads by 201 points. But I have learned not to spread my Vegemite so thick," he tweets.

The internationally famous Hanks, who is a serious collector of typewriters, says he actually brought with him to Australia a typewriter that goes by the brand Corona.

"I travelled here with a typewriter, one I used to love. We are all in this together. Flatten the curve. Hanx."

GENTLE REMINDER to stay at home

While he beat COVID-19 with an optimistic attitude, Tom tells his Twitter followers to take social distancing seriously and to stay at home for now.

He supports the frontliners' call to "flatten the curve," which refers to keeping the number of COVID-19 patients under control and not have it peaking to an exponentially dangerous number.

Explaining the rationale behind self-isolation, he says, "Sheltering in place works like this: You don't give it to anyone — You don't get it from anyone.

"Going to take a while, but if we take care of each other, help where we can, and give up some comforts... this, too, shall pass.

"We can figure this out. Hanx."