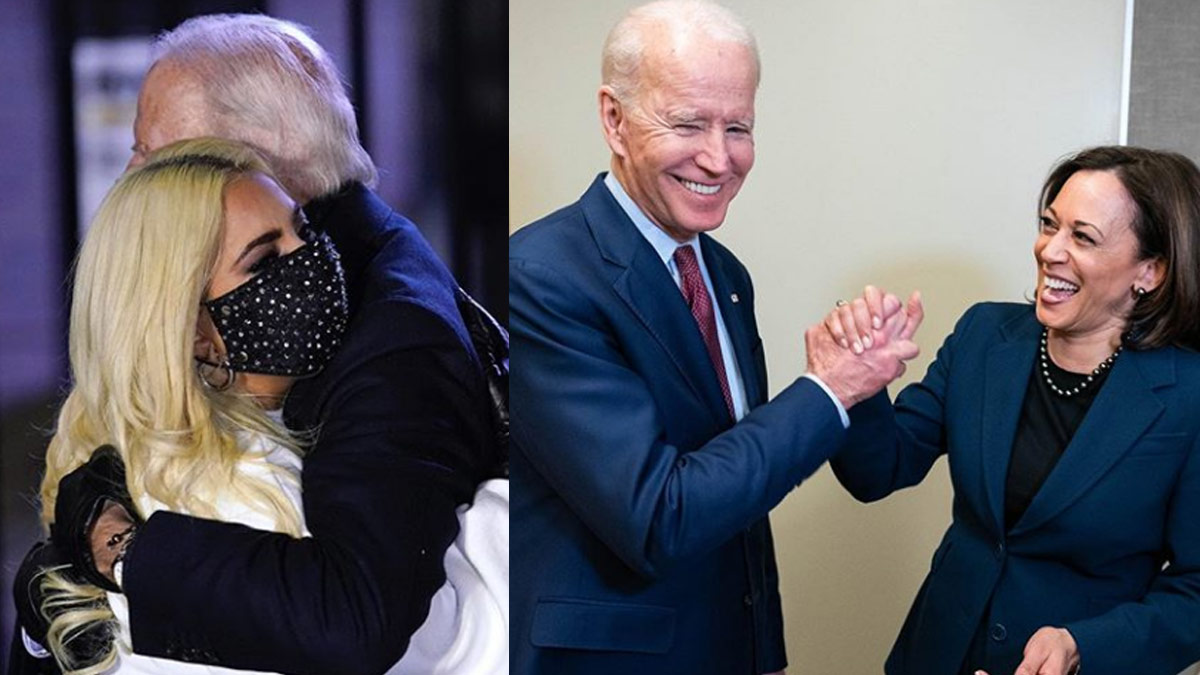 Harris—daughter of Donald Harris, Jamaican-born British economics professor and intellectual and Shyamala Gopalanan, an Indian scientist and feminist—also made history for being the first female, first Black, and first Asian American Vice-President of the most powerful country in the world.

Eleven-time Grammy Award-winner Lady Gaga, who actively campaigned for Biden and Harris, wrote an emotional message for the victors on Instagram.

The "Rain on Me" singer uploaded a photo of herself hugging Biden with the caption: "@joebiden @KamalaHarris and the American people, you just gave the world one of the greatest acts of kindness and bravery humanity has ever seen. [emojis] nothing but love for our new Commander in Chief and the 1ST female VP elected to the White House. Also, way to go PA [emojis]."

Ellen wrote, "So much history has been made today. Congratulations, President-elect @JoeBiden and MADAM VICE PRESIDENT-ELECT @KamalaHarris!"

Miley Cyrus said she was thrilled that her 2009 hit single "Party in the U.S.A." was being blasted on the streets to celebrate the Biden-Harris win.

Miley wrote on Twitter, "Now THIS is a PARTY IN THE USA! @JoeBiden @KamalaHarris"

The Queen herself, Beyonce, uploaded a childhood photo of Harris on her Instagram account to congratulate the new vice-president of the U.S.

"Ice Cream" singer Selena Gomez was at loss for words, simply writing "Yes!!!" after re-tweeting a post of Harris.

World's Richest Female Musician of 2020 Rihanna says she is already looking forward to Biden's and Harris's leadership in the coming years.

Her post on Instagram reads: "The faces of history makers, boundary breakers, and WINNERS!! CONGRATULATIONS to you both, and mostly to the American people!! So much work to do, so much hurt to undo! Let’s GO! [emojis] I’m so proud of you America! #VicePresident #President46."

Reality star Kim Kardashian-West posted three blue heart emojis on her Twitter account to show support for Biden. Blue is the official color of the Democratic Party in the U.S.

Other celebrities who showed their support for Biden and Harris on Twitter are basketball superstar Lebron James, rapper Megan Thee Stallion, Grammy award-winner Chance The Rapper, Broadway actor/playwright Lin-Manuel Miranda, and legendary singer Cher, among many others.

Biden and Harris will assume office as the President and Vice-Pesident of the U.S. respectively, starting January 20, 2021.