Meghan Markle denies she made Kate Middleton cry back in 2018: “The reverse happened.” 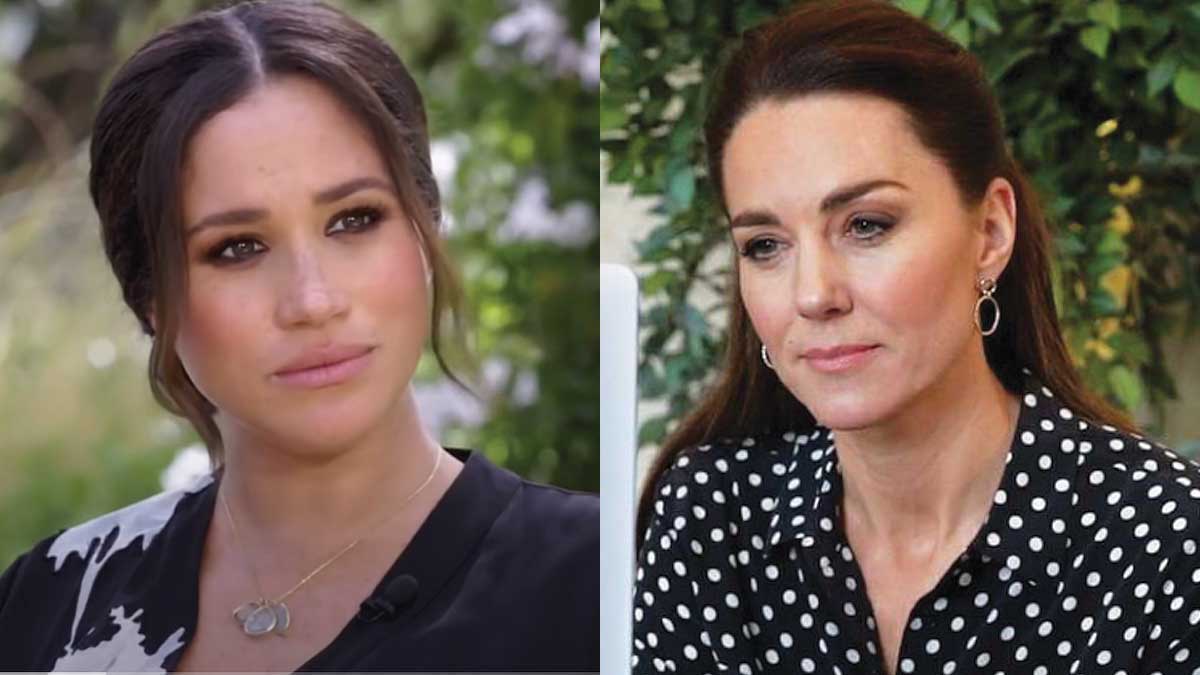 Meghan Markle (left) reveals Kate Middleton (right) made her cry before the former's wedding to Prince Harry: "She was upset about something, but she owned it and she apologized."
PHOTO/S: YouTube (Oprah Winfrey) / @theroyalfamily on Instagram

Dagdag niya, “And I don’t say that to be disparaging to anyone, because it was really hard week of the wedding.”

Pagtukoy pa ni Meghan kay Kate, “And she was upset about something, but she owned it and she apologized.

“And she brought me flowers and a note apologizing.

“She did what I would do if I knew that I hurt someone, right? To just take accountability for it.”

“What was shocking was what, was that six seven months after our wedding? That the reverse of that would be out in the world.”

“I would have never wanted that to come out about her ever. Even though it happened.

“I protected that from ever being out in the world.”

Sabi ng dating Hollywood actress tungkol kay Kate, “A few days before the wedding, she was upset about something pertaining…

“Yes, the issue was correct, about the flower-girl dresses.

“And it made me cry and it really hurt my feelings.

“And I thought in the context of everything else was going in those days leading to the wedding, that it didn’t make sense to not be just doing whatever what everyone else, which was trying to be supportive, knowing what was going on with my dad and what not.”

Pagpapatuloy ni Meghan sa naging isyu nila ni Kate: “It wasn’t a confrontation and I actually think it’s... I don’t think it’s fair to her to get into the details of that because she apologized and I [have] forgiven her.”

“The narrative about, you know, making Kate cry I think was the beginning of a real character assassination.

“And they knew it wasn’t true. And I thought, well, if they’re not going to kill things like that, then what are we going to do?

“I came to understand that not only was I not being protected but that they were willing to lie to protect other members of the family,” saad pa niya.