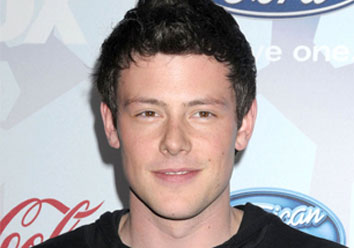 Glee's Cory Monteith tribute episode will deal with drug addiction and although his character, Finn Hudson, will be killed off, it is unclear if he will die of an overdose as Cory did.

The 31-year-old actor—who battled a drug problem since he was a teenager and first entered rehab at the age of 19—died from a heroin and alcohol overdose on June 13 and in a special episode to be aired on October 10, Cory's character, Finn Hudson, will be killed off.

Fox entertainment chairman Kevin Reilly told reporters at the Summer Television Critics Association tour: "[October 10] is the episode where Cory's character will be written off and will deal directly with drug addiction and with the circumstances surrounding Cory's death."

However, when asked if Finn will die from an overdose, he said: "No. I can't confirm that at all. we're going to speak to that issue with the PSAs [Public Service Announcements].

Creator Ryan Murphy will film PSAs with the cast, to air during the episode, where they will speak about drug addiction.

Although Cory had been to rehab in March following a relapse, Kevin admitted his death came as a shock.

He said: "He was not a problem. It was an accident that happened to somebody struggling with an addiction."

He also praised the actor's girlfriend and co-star, Lea Michele, for being a "pillar of strength" following Cory's death.

He said: "She was the first one to say I want to get back to work."

The 26-year-old actress started work on the fifth season of the show on Thursday, August 1, just two weeks after Cory died.

She tweeted: "First day of glee today..And at my first wardrobe fitting for Rachel Berry for Season Five! I've missed her so much."

Meanwhile, it was recently revealed that Emmy producers are currently planning the best way to pay tribute to Cory at the awards ceremony, which will take place at the Nokia Theater in Los Angeles on September 22.

Executive producer, Ken Ehrlich, said: "Something that reflects an homage [is being planned, but] what the extent of that is, or how we're going to approach it... well, it's too early to tell.

"If Cory had passed away in March, we'd have had four months to look at this with a little more perspective. The reason we're getting all of this discussion now is because he passed away two weeks ago. But we are going to deal with it."