Who dares rain on the Maginhawa Community Pantry parade? 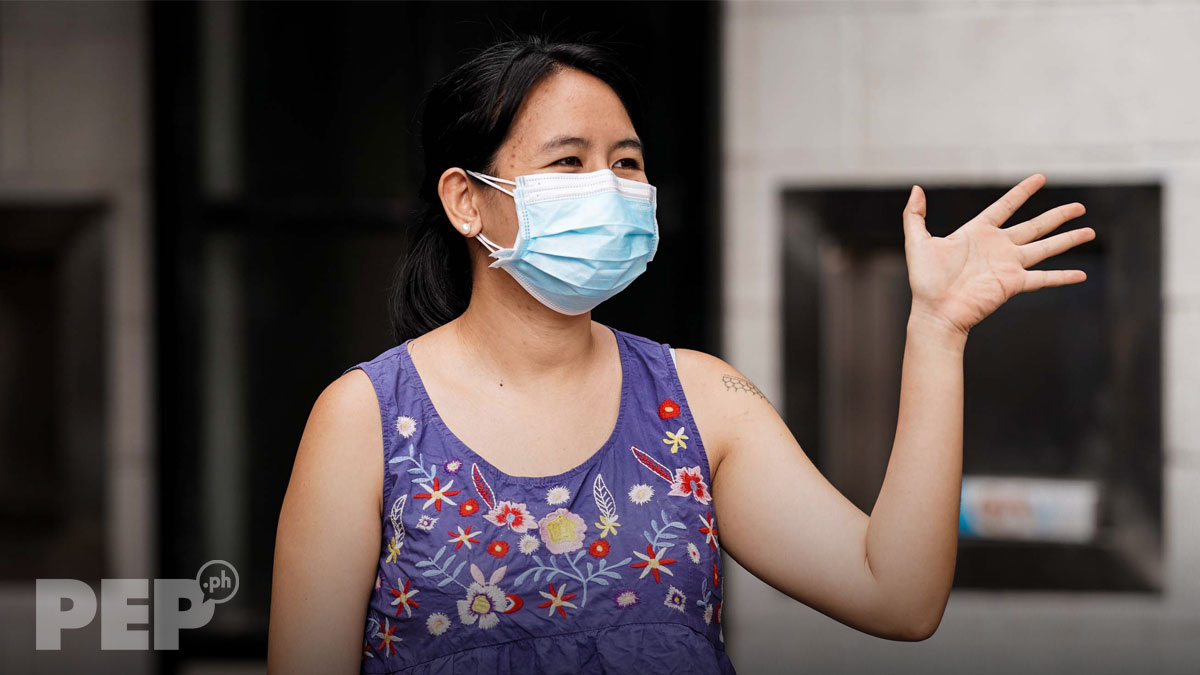 It looks like there is no end to the excited and joyous reaction to the Maginhawa Community Pantry.

Some say it is "phenomenal," "inspired," "thinking out of the box." Some actually wonder why no one thought of it before. Some have gone on to call it "revolutionary," which of course attracts even the unwelcome attention. Some recognize it is as the new language of young people who want to make a difference. And some just well up thinking this is how it is to be Filipino.

Begun by Quezon City resident Ana Patricia Non, one small, spontaneous act of kindness has galvanized others around the country. Already, many have set up their own pantries in their own communities—and now, by the looks of it, it's become a whole small movement rekindling the spirit of bayanihan once thought lost.

In the time of a pandemic, too.

This is a dizzying display of enthusiasm and selflessness, from people from up and down and in and out—the well-off, the taho and ice cream vendors, the celebrities, the middle-income groups, the below-minimum wage earners, the students, the parents, the cliques, the individuals.

And all this, despite the exhaustion and frustration of a people going through lockdown after lockdown, staying cooped up in one rigid space for prolonged periods, with not enough vaccines in sight to keep them hopeful, and with their jobs in jeopardy or long gone.

While Filipino resilience is a good story resurrected every time a calamity comes around, there is, in the community-pantry movement, a gracious charm.

This is about fruits and vegetables and eggs and just food at its most basic—given freely, taken freely. They come in: sacks of rice, plastic bags filled with chichirya and instant noodles, small plastic drums and batya filled with cabbages and tomatoes, and many harvested squash so huge they have to sit on the floor.

Admittedly, this is something Karl Marx said once upon a time, but it is also exactly what democracies write in preambles to Constitutions and what Christians oft-intone in services as their way of life.

The Philippine Entertainment Portal (PEP.ph) got in touch with Patricia, as well as with volunteers of the Maginhawa Community Pantry (MCP), which now has its own Facebook page.

Patricia is also Patreng, a pretty UP Fine Arts graduate in her 20s, who looks to be running an orderly effort, as is evident in the Google Form we had to fill out for MCP's Media Contact Information.

We surmise this is to keep track of the unexpected media mileage the project has generated—and which, it must be said, is much deserved.

HOW THE MAGINHAWA COMMUNITY PANTRY STARTED

We are not surprised to discover that this is not the first gig of Patricia and friends.

Today, the bar cart sits in the parking space of a building on Maginhawa, the busiest commercial and residential street in Teachers's Village in Diliman. The modest cart will often contain cans of sardines, packs of noodles, packets of coffee, and loaves of bread. Around it, on the rough cement ground, will lie big cartons, sacks, and plastic trays of more foodstuff.

Above the cart, taped to a post, is colorful signage announcing: “Maginhawa Community Pantry,” and “Magbigay Ayon sa Kakayahan, Kumuha Batay sa Pangangailangan.” On another side of the post: “Social Distance 2 meters.” 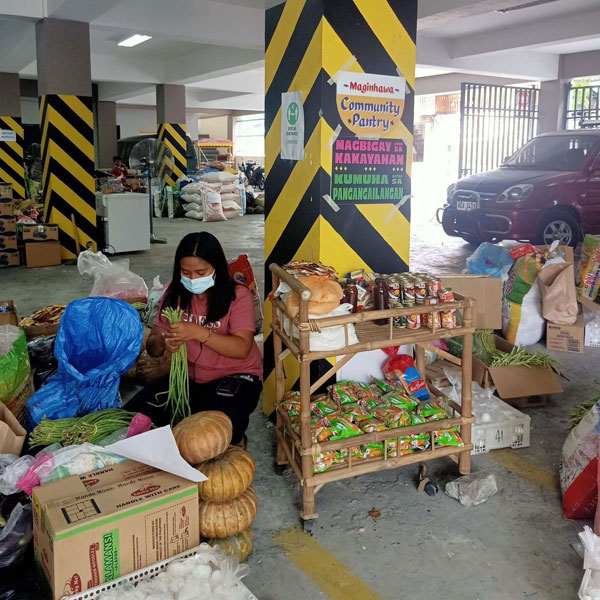 Patreng chose Maginhawa because it is near where her furniture business, Silya MNL, is located. It was in Silya MNL where Patreng created the bamboo bar cart. In their own words:

"The iconic kariton used in the Maginhawa Community Pantry was supposed to be a summer product launch of Silya MNL? It was a work in progress, production prototype of a bar cart harnessing the craftsmanship of Filipinos using locally sourced materials.

"It is now a symbol of Bayanihan. A symbol of hope amidst these challenging times.”

Others obviously feel that way, too.

The community pantry has since been replicated in other areas of Quezon City, where Maginhawa is. Actress Angel Locsin organized her own community pantry in Barangay Holy Spirit in Quezon City, and while much has been made of the little chaos that ensued there, what the bigger picture shows is just how much of a clamor there is for food during this pandemic.

There are now also makeshift community pantries in Marikina, Manila, and Rizal. And more in Laguna and Pampanga, Tarlac and Boracay. Former actress Paula Peralejo-Fernandez has gathered donations in Boracay, where her family is temporarily based.

The idea is for those with something extra, something to spare, something they don't need to survive the day, to give to the community. But, and this may be surprising to some, there are many have-nots—literally, those who have nothing extra for the morrow—who come lining up, ready to give something away.

Here are a few stories from various community pantries that will have Filipinos believing in Filipinos.

This is a post on April 25, in J's Project Facebook Page, which is maintained by a charitable group aiming to help Pinoys in far-flung areas. They shared this narrative (published as is) about Romeo Gonzales, a junk vendor, who came to their community pantry in Kamias, Quezon City. 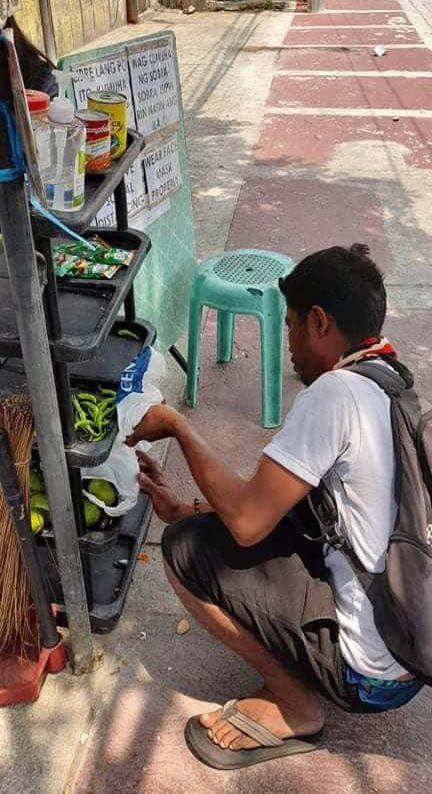 On April 21, a Facebook post by Melynn Alipio Limjap told the story of an ice-cream vendor who gave away free ice cream to people lining up at Brgy. 136 Pasay Community Pantry. 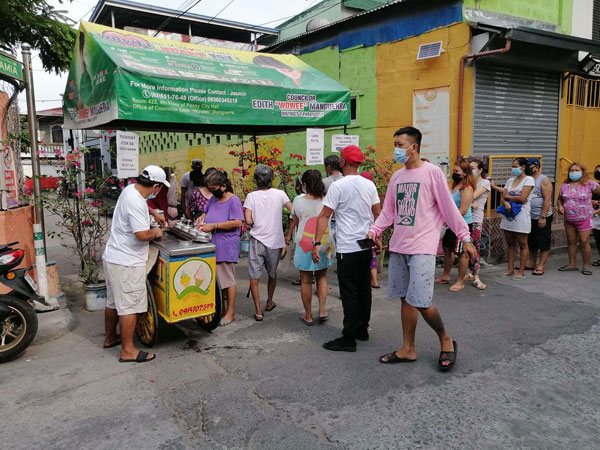 One day, Project Starfish, a community pantry in Cavite, gave out cups of taho for the early birds who had lined up, saying those who hadn't had breakfast yet would do well to take it. This benefitted not just those in line, but also the taho vendor who was passing by, because more people chipped in to buy more taho for more people. But Tatay Nelson himself, the taho vendor, ended up giving away some of his taho for free. He put plastic cups filled with taho on the community-pantry table for the taking.

"We set up a little table and few cups of taho for anyone who haven't had breakfast yet and hungry.

"While grabbing their free taho, the smile on their faces were priceless.
And because of that, few more people chipped in to add more cups on the table, even the taho vendor himself!?

"‘No act of kindness, no matter how small, is ever wasted’—Aesop

On April 25, the Facebook Page Magsasaka Outlet, run by a group in the metro bringing produce from farmers to citizens, posted: 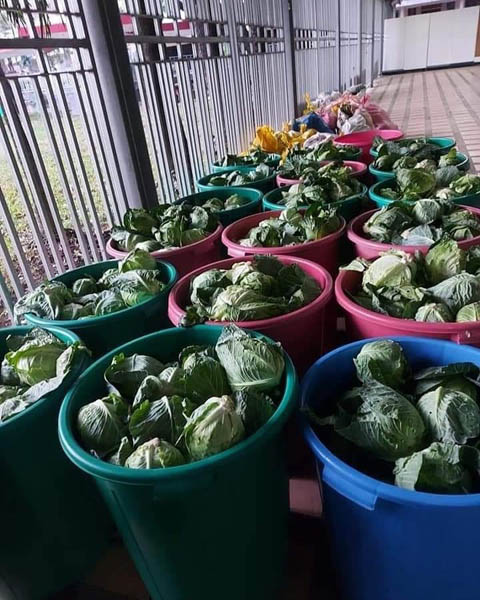 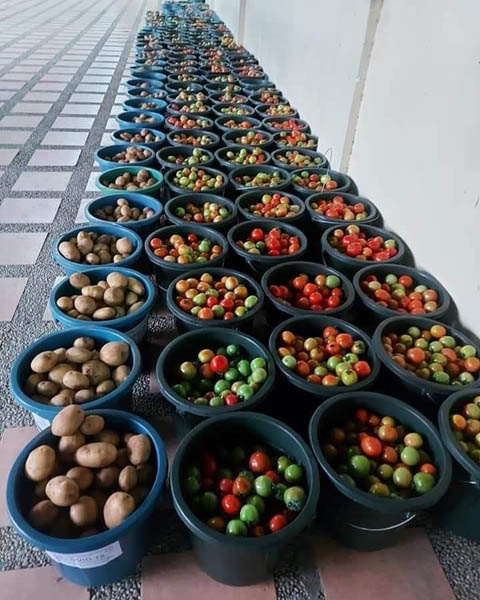 “LOOK: Mang Alberto, the cart vendor who went viral for donating noodles, will be returning to the Maginhawa Community Pantry to donate more goods!

He received financial assistance from people who got touched w/ his story, so he's giving back rice, noodles, & eggs."

The April 28 post of Karaya Cy of Valenzuela City:
Continue reading below ↓ 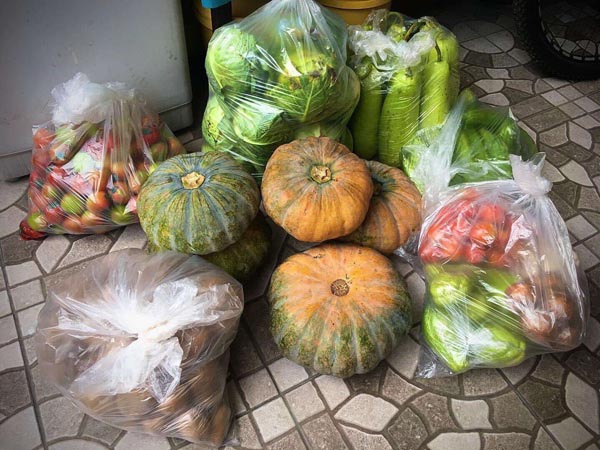 But, this not being a perfect world, even the best intentioned can come under attack.

Patreng was aghast when, barely a week after operating, the Maginhawa Community Pantry was subjected to red-tagging.

Turns out that the community pantry has opponents in government, including a general*, who frothed in the mouth and called it the Maginhawa Communist Party. (*Lt. Gen. Antonio Parlade, spokesperson of the National Task Force to End Local Communist Armed Conflict.)

What's unfortunate is that red-tagging is not harmless. It is no ordinary bullying tactic, no simple matter of throwing insults on social media, no just making a social pariah of those you disagree with, and not ever just someone's private, earnest business.

Encouraged by people like the frothing general, dark forces have gone full-mode ugly: The rightists and the ignorant, the organized and the merely influenced, the small minded and the mean spirited have taken action. They have used deadly weapons, too. We need only go through the news of the killing of doctors and community workers, teachers and social workers, lawyers and judges, most of whom had been red-tagged.

According to the Reuters.com report of March 23, 2021: “In the last five years under President Rodrigo Duterte, 61 lawyers and judges were murdered, the most under any government administration, data from the National Union of Peoples' Lawyers (NUPL) and the Free Legal Assistance Group showed.”

There is darkness in the air, which is probably why community pantries, hitting all the bright notes, have been very welcome.

Patreng's mother, Zena Bernardo, 52, is troubled. She posted this on Facebook in late April:

"Please allow me to admit a moment of weakness.

"Ang worry ko po ngayon ay with the aggression coming from the top, the intimidation and harrassment of everyone with pantries may intensify.

BOUNCING BACK AND GETTING MORE ORGANIZED

Patreng admits it was not hard to bounce back.

First, she says, the allegations have no merit.

Next, she decided to turn her energies to streamlining their operations.

The help, in fact, has come from all over, until even international media took notice.

Patreng’s initiative has so far landed on the Asian Sentinel, and people from Timor Leste have been inspired to put up their own community pantries.

An April 21 Facebook post by Laser Blitz Sumagaysay says in part: “Loron diak! Noting the local economic effect of this month’s historic flooding in #Dili and the year-long COVID-19 lockdown in Timor-Leste, I took the opportunity to discuss with some Timorese friends and diplomats about the concept of ‘bayanihan’ and particularly showed them photos of #communitypantry set-ups in Ph to which they gained much interest.

“Colleagues and I, in our private capacities, are now supporting Timorese organizers as they launched their own (and the very first one) in TL.”

Patreng is grateful for the international attention. Certainly, it brings in more help for all community pantries.

But she herself is aware that they cannot lose sight of why they are where they are: “Pero sinasabi ko rin sa mga volunteers namin na focus tayo sa anong importante: makatulong at makipagtulungan sa kapwa natin. Mahirap ang buhay ngayon.”

A number of European envoys have already visited the Maginhawa Community Pantry.

In Patreng's family, her father and mother are separated, but they all seem to be on the same page. Dad Arthur, 55, manages community pantries in Tarlac and Pampanga. Mom Zena is involved with Bayanihang Marikenyo at Marikenya which, according to an April 29 ANCx report, organizes community kitchens in various barangays in Marikina City.

Her sister Diana, 30, runs a community pantry in El Nido, Palawan, where she is based. Her brother Mox, 29, helps with the Maginhawa Community Pantry's media liaison, among other tasks. Patreng, at 26, is the youngest child.

Another volunteer is Janice Milano, who is a sidewalk vendor.

Janice ends her own Telegram response with angelic smiley faces.

So what's next for Patricia and the Maginhawa Community Pantry? Does she see this as something that can be sustained?

Right now, Patreng and volunteers have put up the Maginhawa Community Pantry Facebook Page, as well as the Community Pantry PH Facebook Group. The latter will centralize communication and donations among community pantries, and provide correct information to the public.

As early as April 26, the 108 Maginhawa Street outpost became a drop-off center for donations, with the goods sent out to barangays in Diliman.

The plan is to create a more organized, efficient system with the help of other community pantries and the barangay itself. An added goal is to make the pantry especially helpful to senior citizens, the pregnant, and persons with disabilities.