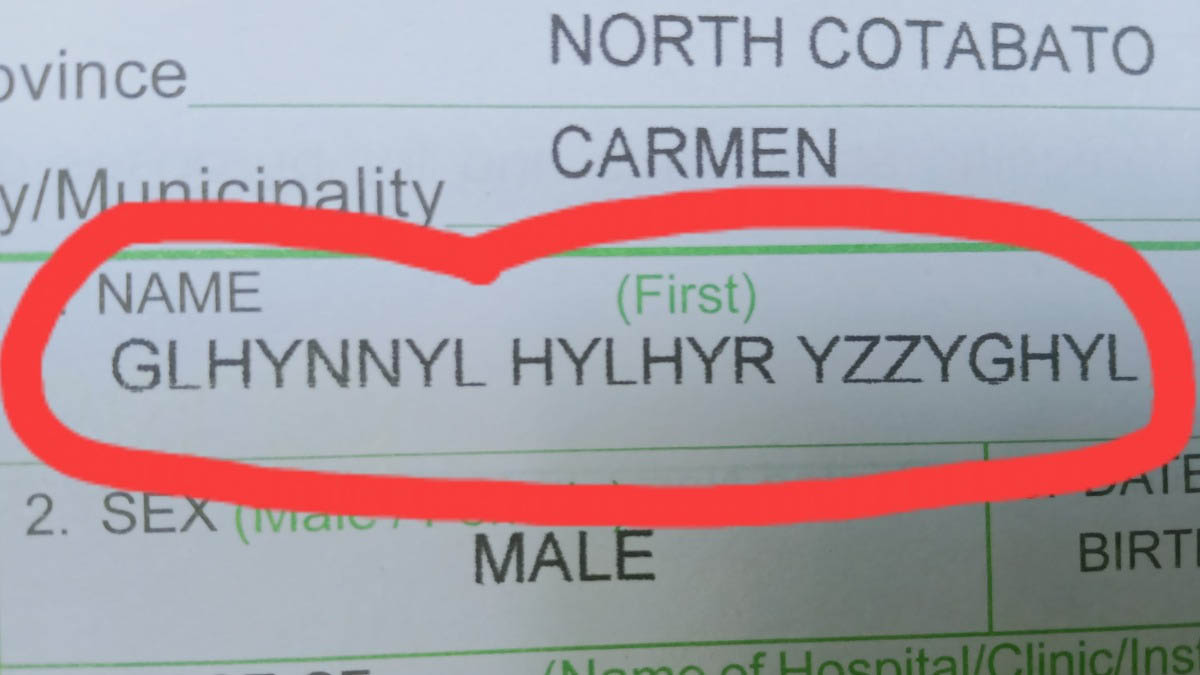 Family friend Yuleses Romneck Referente shared a photo of Baby Consonant's birth certificate on Facebook on April 29, two days after the baby was born. In just four days, it has been shared more than 48,000 times.

Baby Consonant's grandfather Raugyl Estrera explained in a comment how the family came up with the unique name, and how to pronounce it.

Most of the 27,000 Facebook users who reacted to the post gave it a "haha." Concerned netizens commented on how the baby's all-consonant name could be a source of headache once he starts attending school or gets bullied for having an unusual name.

Some joked it's a sure way to avoid getting a "hit" in the National Bureau of Investigation (NBI).

To avoid making typographical errors, Estrera told reportr on Monday that he constantly reminds the baby's parents to memorize the correct spelling and to double check documents.

When people make fun of a person's identity, it could have an effect on the bullied kid's identity, clinical psychologist Joseph Marquez told reportr. Another possibility is having low self-esteem.

"In school, for example, teachers will have difficulty saying your name and would likely to suggest that you use a nickname again, losing identity."

But what Baby Consonant's parents and family could do before it happens is to empower his name.

"The parents can empower Ghlynnyl to be confident about his name. Maybe calling him by his real name, so that it can be normalized sa household," Marquez suggested.

"Everyone will say something talaga. Maybe the parents should focus na lang sa anak nila instead of focusing doon sa netizens."