Mom orders Chickenjoy, gets fried towel instead; Jollibee shuts down branch for 3 days 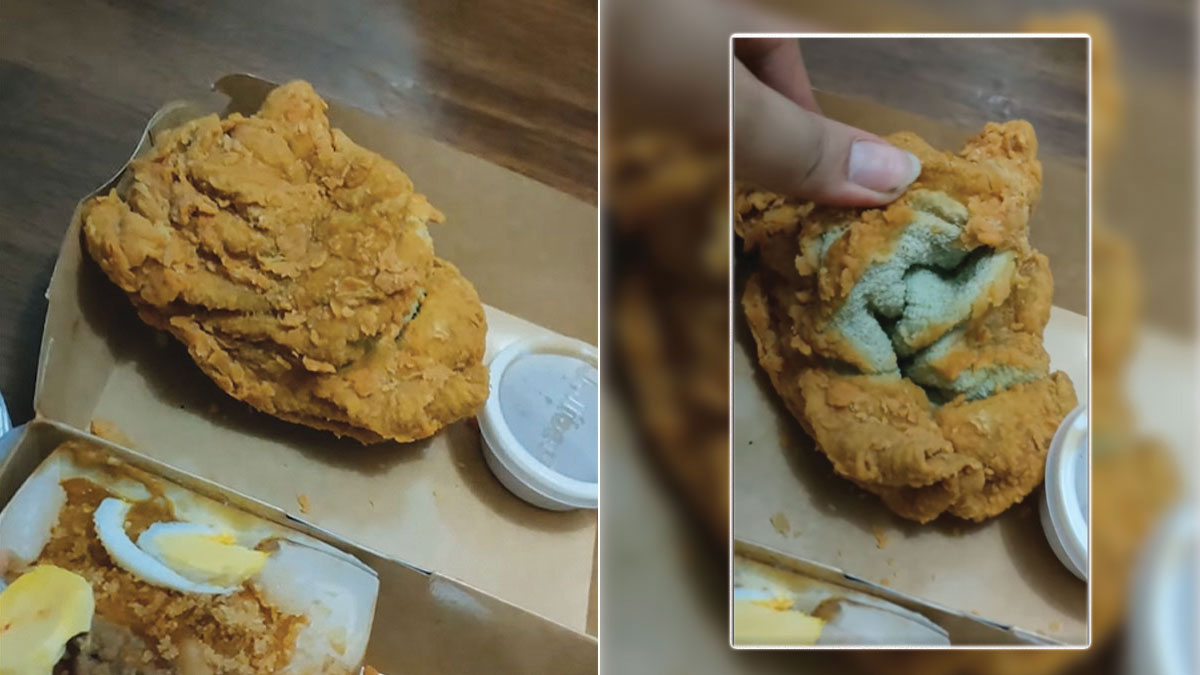 Strange and disturbing but true. The fried chicken a mom ordered for her son from a popular fast-food chain turned out to be a fried towel.

A mother was shocked to discover that her son's Jollibee Chickenjoy order was actually a towel deep-fried and covered in batter.

Alique Perez took to Facebook to share her experience when she bought Chickenjoy from Jollibee Bonifacio Stopover in Bonifacio Global City, Taguig via GrabFood on June 1, 2021, Tuesday night.

The incident is under investigation, according to a source familiar with the incident but is not authorized to speak to the media.

Alique narrated in a video while inspecting the deep-fried blue towel, "While I was trying to get him a bite, I found it super hard to even slice.

"Tried opening it up with my hands and to my surprise a deep fried towel. This is really disturbing...

"How the hell do you get the towel in the batter and even fry it!?!? Yung totoo?

"The worst experience ever. Now I can't even think of the other chickenjoys na kasama while frying this.

"Having the same oil for how many hours after frying this FRIED TOWEL. Ano pa kaya kasabay ng mga chickenjoy natin?"

The viral post elicited comments has been shared more than 80,000 times as of this morning, June 3.

On the day the Chickenjoy post went viral, the multinational fast-food chain revealed that a "certain personnel" was behind the "unfortunate" incident.

"We are deeply concerned about this matter and have conducted a thorough investigation. It is unfortunate that deviations from Jollibee's standard food preparation procedures occured on the part of certain personnel of the store."

It also directed the branch to be closed to for three days, starting today, June 3, 2020.

Here's the statement in full:

Consumers who would like to file a formal complaint may do so through the Department of Trade and Industry (DTI) by filling out this form and sending the complaint letter through email at consumercare@dti.gov.ph or in person to its office at 315 Sen. Gil J. Puyat Ave. in Makati City for those in Metro Manila.

DTI said customers could also direct their complaints to the city health office of your respective local government unit (LGU) regarding food in restaurants, eateries, and sidewalk vendors.