A baby is named HTML; his dad and aunts have unique names, too! 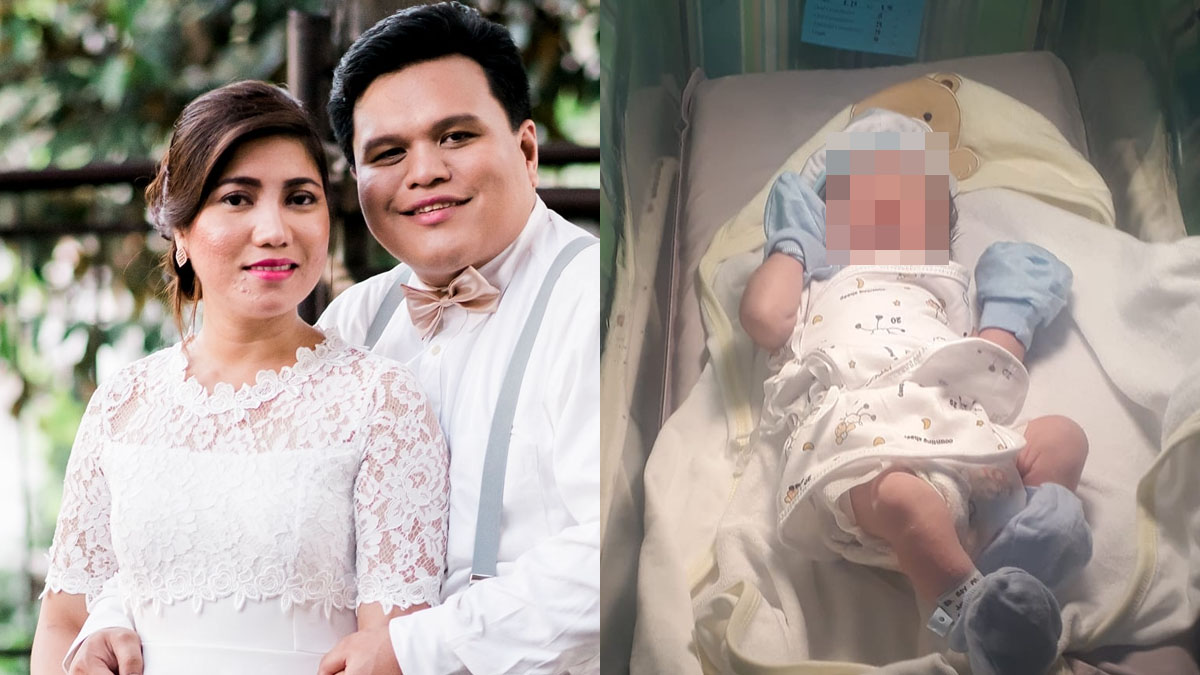 A family in Sta. Maria, Bulacan is continuing its tradition of giving the kids unique names.

On Thursday, June 10, 2021, Sincerely Yours ’98 Pascual revealed in a Facebook post that her brother Macaroni 85 and his wife Salie just welcomed their first baby.

In her post, Sincerely revealed that her brother, who works as web developer, named their baby Hypertext Markup Language and now calls him Baby HTML. 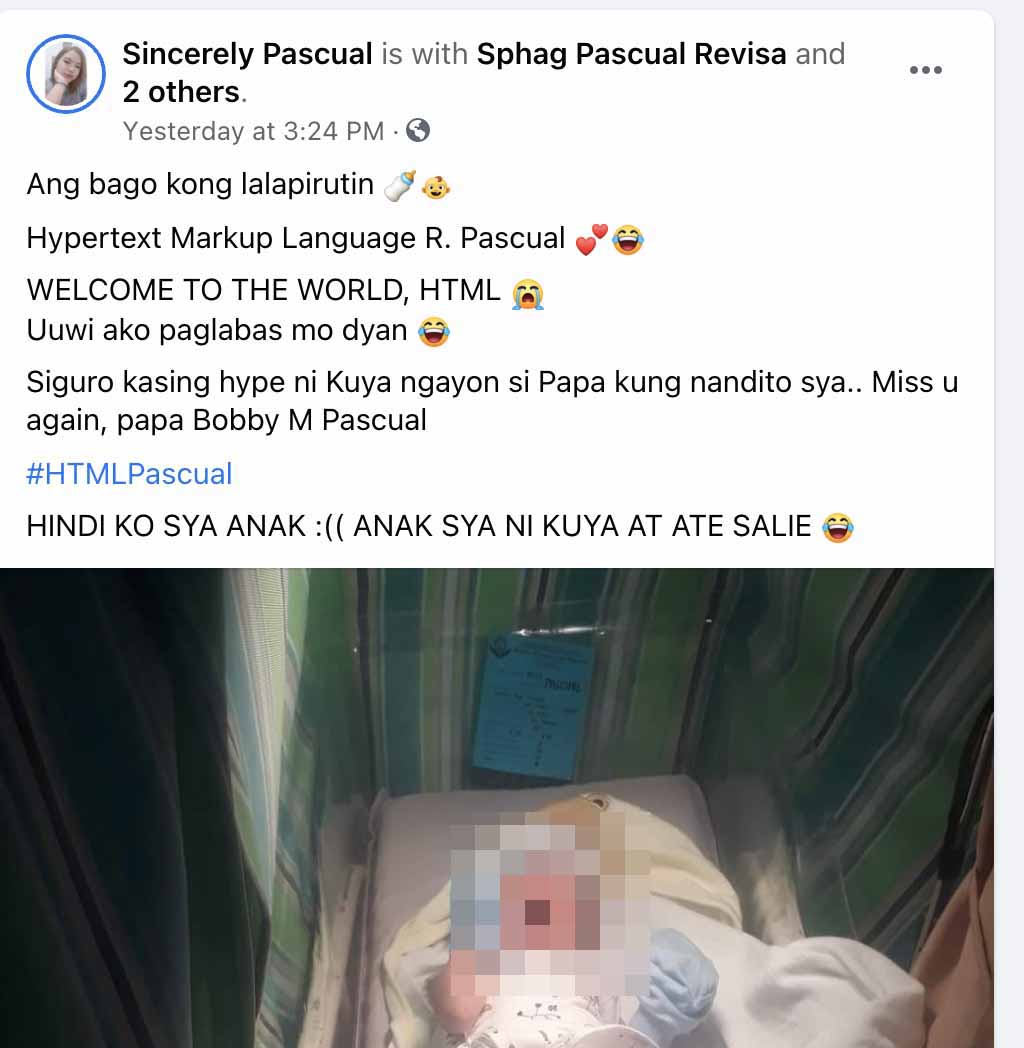 Both Mac 85 and Salie are thrilled to meet their firstborn. 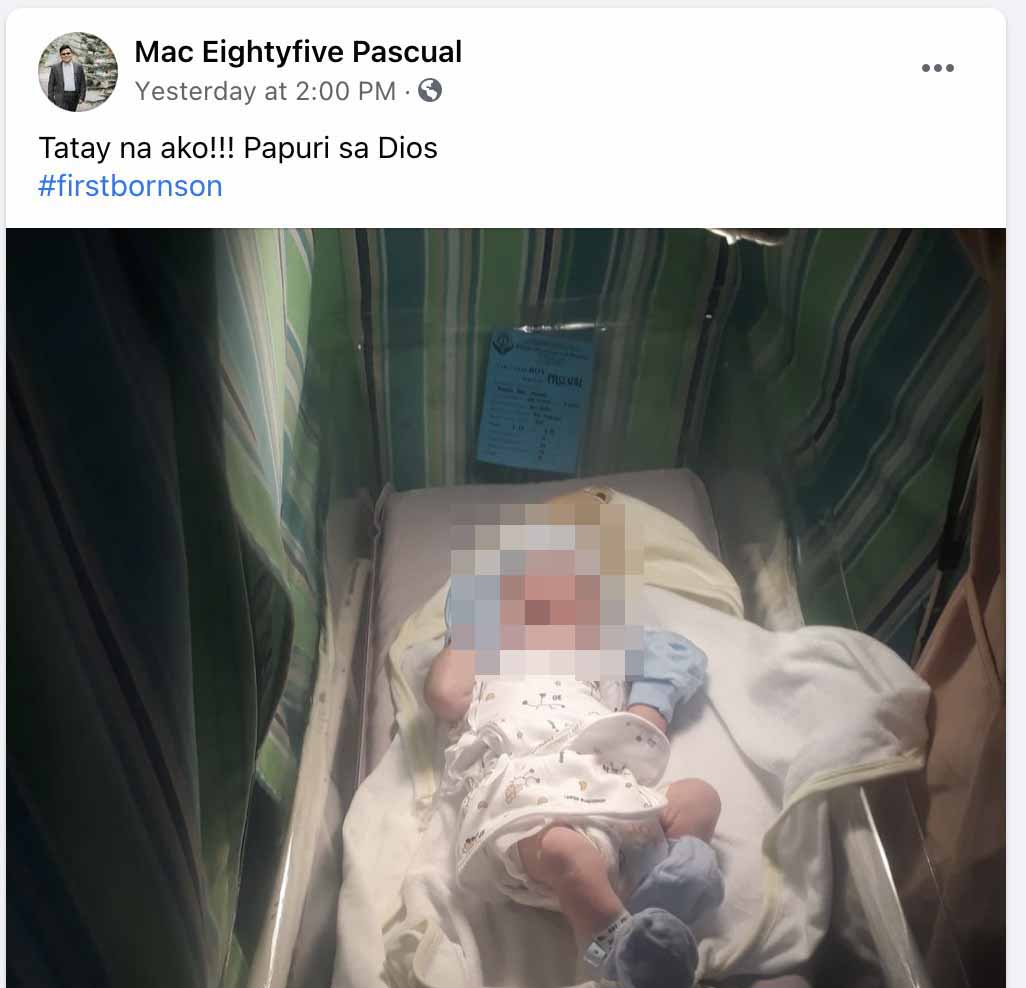 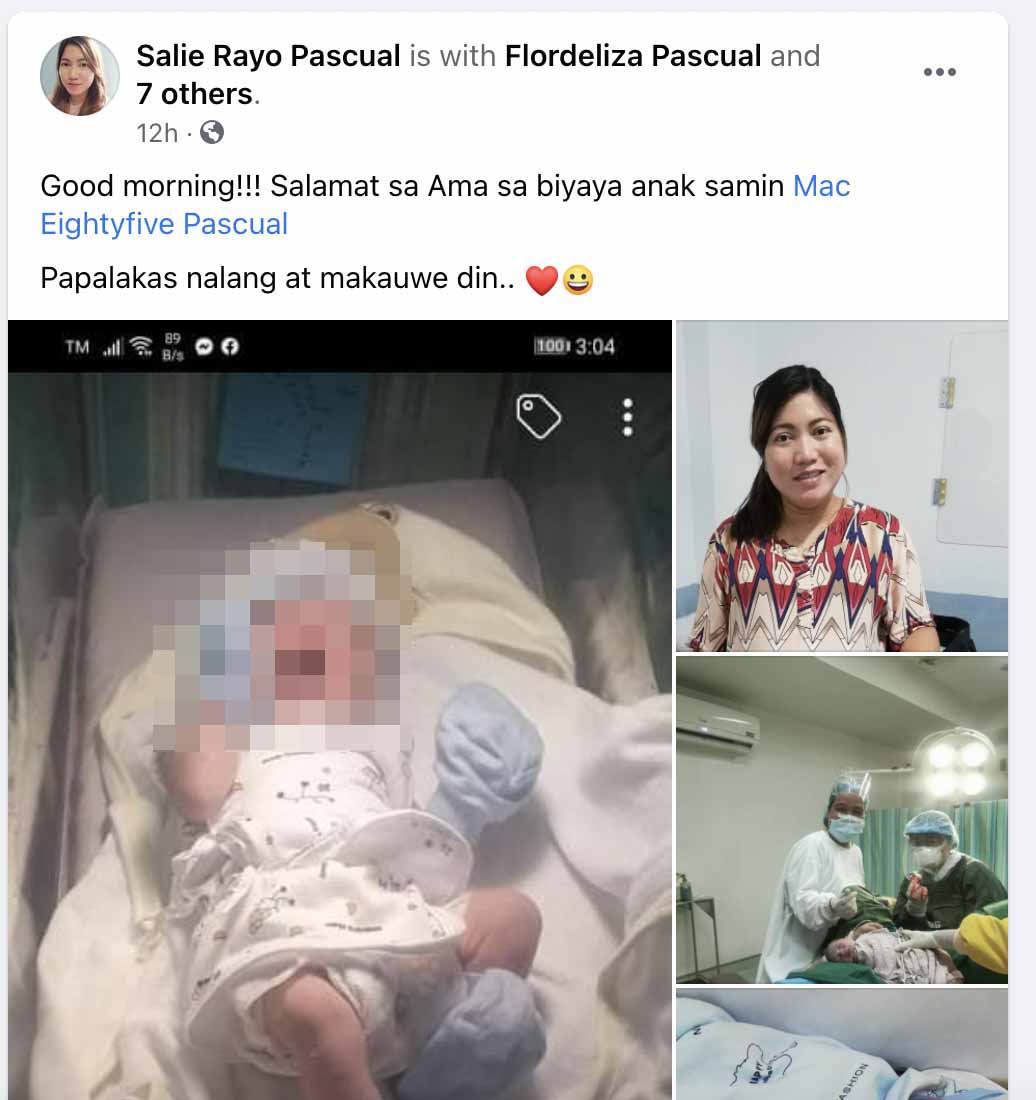 Mac 85, the eldest, and Trully, the youngest, also has a sister named Spaghetti 88.

The Pascual Family first made headlines in 2014 for their interesting names. Their siblings were actually named by their late father Sesinando "Bobby" Pascual.

In his interview for Umagang Kay Ganda, Bobby explained the reasons why he picked those names for his children.

Sphag also gave her kids unique names. She and her husband Jhordan named their eldest son Cheese Pimiento. His nickname is Chippy. Their youngest son is named Peewee.